So Many Dynamos' Cinco de Mayo Set: A Police Helicopter and an Impromptu Venue Switch 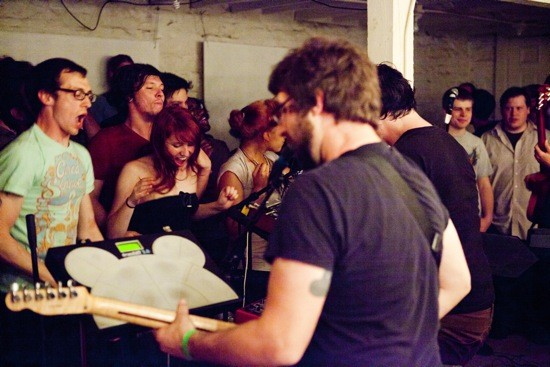 Needless to say, things got a little hectic over the weekend at the end of Cinco de Mayo on Cherokee, which celebrated its fifth year. By all accounts the day was a success: good crowds, good art, good times, etc. However, the eclectic Gringo Stage started late and got later, and even with a last-minute dropout (Sleepy Kitty, due to a minor injury sustained by Paige Brubeck), headliner So Many Dynamos took the stage with only eighteen minutes until the 9:45 p.m. permit cutoff. The band played anyway, and when the generators were yanked and a police helicopter turned up, the crowd rushed to move the band, the beer and the party to the nearby basement of a somewhat unsuspecting Cranky Yellow.

"Technically they shut us down at the proper time," says Dynamos drummer Norm Kunstel. Still, he continues, "it was a little absurd. I didn't think too much about it until I heard a lot of other people make comments about how excessive the shutdown was."

The St. Louis Police Department, for its part, says the helicopter was always scheduled to pass over the event and wasn't responding to any particular incident. "The helicopter did fly over the event from about 9:45 until about 10:10," says Metro Police Director of Public Information Erica Ross. "This is not uncommon during events where there are crowds on the street."

Cranky Yellow already had a show scheduled for Saturday night, but they bowed to the mass of enthusiastic festival-goers and opened the basement for a continued Dynamos set. The band charged everyone a dollar and gave the money to the venue, which ultimately split it with the touring band originally slated to play.

The Gringo Stage was curated by St. Louis Secret Sound Society, which was also celebrating its one year birthday. Society member Liz Deichmann was impressed with the quick response of the crowd when the generators fell silent. "In a matter of minutes, there were a lot of people on stage, helping us move So Many Dynamos stuff to Cranky Yellow," she says. "Everyone really pitched in. It was kind of amazing."

"It was really the only way to end the day," she says.

Kunstel was positive about the mayhem, pointing out that this sort of thing, "really pushes an entire crowd off the fence. It fueled this fire of support."

Photographer Jarred Gastreich was there; check out his view of Cranky Yellow's basement during So Many Dynamos' set below. 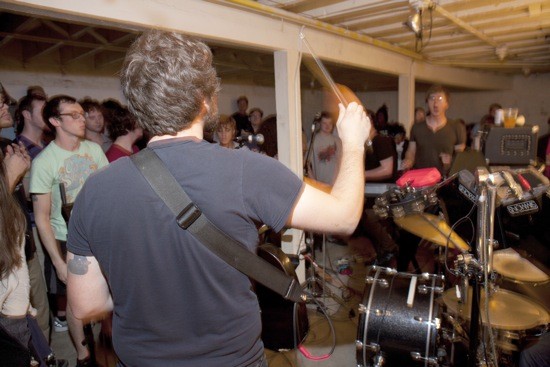 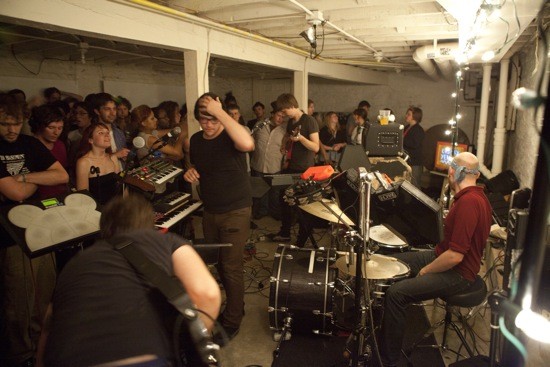