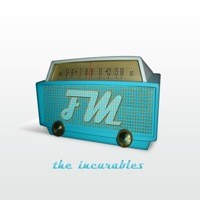 Jimmy Griffin and his band the Incurables are releasing a new EP entitled FM tomorrow at Off Broadway. Griffin is graciously allowing us to give you an advance listen to the title track, which you can hear below. The rest of the EP comprises a Big Star cover ("The Ballad of El Goodo") and a few of Griffin's basement demos of previously released material.

"Basically it's just an ode to what radio used to be when I first started listening," says Griffin of "FM." Radio gold right on this here blog is just a play button away:

FM by The Incurables

"There's a little nod to KDHX in there, which is a station where the people playing the music actually care about it," says Griffin.

The Incurables are about halfway done recording a full-length, tentatively scheduled for a late-July release, called The Fine Art of Distilling. "This was just kind of to get something out there," says Griffin. "There's something bigger and newer coming."