Science Hill's Tour Bus is for Sale: Jeff Nations Shares Some Memories from the Road 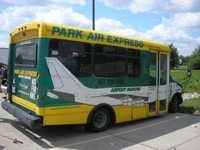 Norman, the airport shuttle turned Science Hill Tour Bus, is for sale. If you are a band looking for a mode of transport, head on over to Craigslist, where you will find the particulars. Science Hill's Jeff Nations explains that the band has moved on: He's focusing on a new project, Various Hands, from which you can expect a debut EP called This Party Will Be Fun sometime in the Fall. Meanwhile, he had a few fond and not-so-fond memories of Norman to share. Natty hustling, overheating and paint jobs await below:

Kiernan Maletsky: Why are you unloading the tour bus?

Unfortunately Science Hill is done touring, we're just playing locally from now, on trying to pay some bills and Norman (that's the name of our bus) is just sitting in a parking lot contributing to our massive mound of debt we have as a band. As much fun as we've had with and on him, it's time to let someone else enjoy him.

Had any offers yet?

We've had a couple interested parties and they've seen Norman and said they liked what they saw but when we've followed up we haven't gotten a response. You find a lot of folks like that on Craigslist. It sucks because the bus runs well and we've kept him in great shape.

Do you have a favorite memory involving the bus?

Norman took us on a two and a half month coast-to-coast tour, a Florida tour and numerous regional stops and he's given us minimal trouble. One of my favorite stories was in March '09 we were on our first tour, the Tropical Nights & Romance Tour, and we had like four days off in Jacksonville Beach, Florida so we found this parking lot across from the beach and right in this cool little bar district. So we decided we'd post up there for as long as we could get away. We basically spent the days getting drunk, quoting Seinfeld and seeing what kind of jackassery we could get ourselves into. The second or third day happened to be St. Patrick's Day, so by about 6 p.m. that night the whole area was busy. There was a bar next to the parking lot we were in that had a huge crowd out on the patio and a few of them wandered over wondering who we were, so we decided it was a good idea to start selling cans of Natty Light out of the bus for $1. And we were very vocal about the fact that we were doing it. Eventually we had 20 or 30 people in and around the bus hanging out having a good time. Of course the cops finally wandered over to see what's up and they informed us that we can't sell booze without a license (which for some reason hadn't dawned on any of us). Fortunately they laughed and told us to stop selling and to move across the street to the public parking lot where we couldn't get hassled for hanging out. The night continued with no problems and everyone had a good time and we actually ended up selling a good handful of CDs.

What are the couple most notable places it has gone?

We drove through the Painted Desert on the way from California to Kansas. Drove through the Rocky Mountains on a trip from Denver to Vegas that should've taken six hours but took sixteen due to the bus overheating. We camped in the Bellagio's bus lot in Vegas. In Cali we stayed at our bassist's aunt & uncle's timeshare in Solana Beach which was a super nice neighborhood so there's a bunch of Mercedes and Audis and Lexuses parked on the street and then we have Norman sitting out there with them. We stayed at this backwoods swamp campground in Gainesville, FL just to get a shower. We managed to weave it through the deathly traffic of New York City and Chicago. We've seen a lot on Norman.

Why'd you leave it painted that way?

It was too expensive and time consuming to buy a hot air gun and take all the decals off. We bought the bus like the week before we left for the Tropical Nights & Romance Tour so we had no time to paint it anyway. Plus that paint job was so outrageous and obnoxious and it matched our collective personality so well that it would've been a crime to change it. 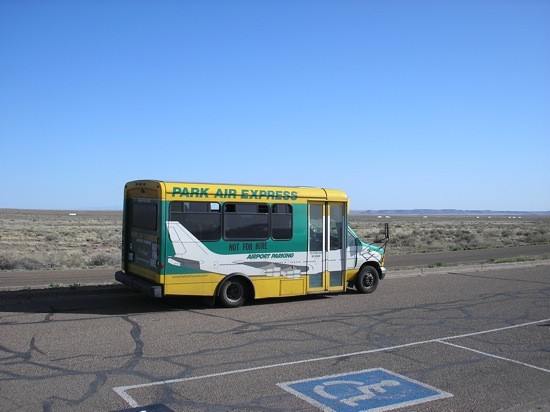