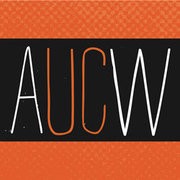 An Under Cover Weekend, where local bands play sets as famous bands of their choosing, will have its five year anniversary this September. This thing is consistently awesome, and for the first time, any St. Louis bands can apply via this handy-dandy online form, which opened this morning. This year's event will run either on September 2nd and 3rd or September 9th and 10th. The submission form promises dramatic improvement/expansion, with added goodies like download cards of the bands playing each night and possibly a promotional video.

Bands cannot be covered if they've already been done within five years. Math enthusiasts will note that this means no band that has ever been covered at AUCW is eligible to be covered this year. You can check the AUCW web site for a full history; last year's line up is below.

When we do this announcement next year, your name could be up there. Make it happen.