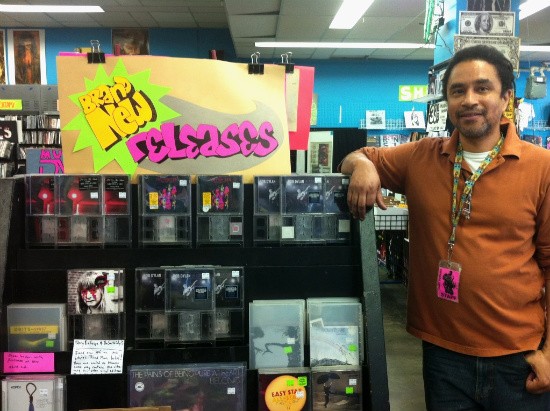 Every week, we'll ask your local record store clerks to advise you on which new releases are worth your hard-earned pennies. Today, Vintage Vinyl General Manager Leon Reed fills us in on a particularly strong crop.

"This week we have the new Foo Fighters CD, the new Paul Simon, new Mike Watt, who will be at the store Thursday. if you're looking for the hottest new Hip-hop release this week, it's Atmosphere, and we also got in the new Panda Bear, new Bob Dylan in concert.... so there's a little something for everybody. This week the most anticipated release is Panda Bear, that's the one that I've gotten the most calls about so far."

Other highlights: TV on the Radio's latest, Nine Types of Light, also drops this week, and is streaming for free at Rhapsody. Additionally, TVOTR is playing at Loufest II in August -- exciting news from a band who hasn't stopped through St. Louis in years.

Want to be featured in this space? Drop A to Z a line with your name and the name of the store where you work, and we'll get in touch.