Review: Queens of the Stone Age at the Pageant, Tuesday, April 5 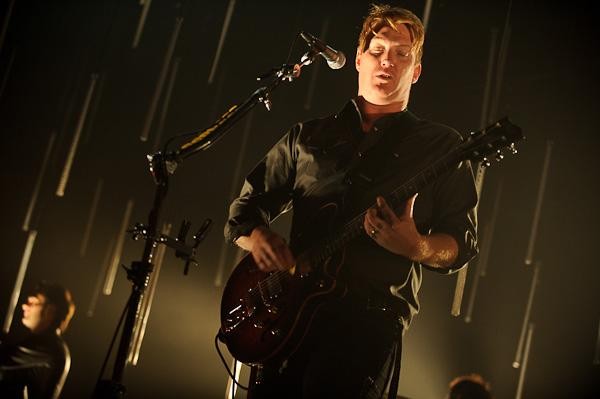 It was a no-brainer that Queens of the Stone Age's show last night at the Pageant was sold out -- incredibly, it was the band's first St. Louis club show since September 2002. Although a no-frills 90 minutes, the set was exactly what fans expect (and crave) from QOTSA: eardrum-busting volume, sweet riffs and a steamrolling low-end.

The catch, however, is that the quintet is playing its entire 1998 self-titled album on this tour. For some fans, that gesture may have felt like a rip-off. After all, the album is notoriously hard to find -- vocalist/guitarist Josh Homme noted several times that people might not have heard it - and it doesn't have the mainstream recognition (or hits) of QOTSA's later records. However, the gimmick worked like a charm: The band clearly felt energized with the less-familiar music and consequently approached these songs as if they were new material.

Bassist Michael Shuman's freight-train playing meshed well with the scorpion-sting guitars, especially on "Mexicola" The instrumental "Hispanic Impressions" was a ferocious symphony, so much so that guitarist Troy Van Leeuwen was inspired to conduct the rest of the band. Two songs later, the dirty soul gallop "Give the Mule What He Wants" let Homme show off his impressive vocal range; he employed the latter as well during the encore appearance of the smirking "Make It Wit Chu." ("I have to do a song for the ladies, if that's all right," he quipped.) Throughout it all, drummer Joey Castillo did his best impression of Animal the Muppet, showing restraint and then absolutely exploding like a maniac where necessary.

Lights back-lit the band and alternately darkened or overexposed the stage, which created shadowy, creepy effects. Homme in particular became even more imposing in the light -- he looked a perfect cross between a lumberjack, the Addams Family's Lurch and a laid-back dad. Still, he's a perfect frontman: He strums his guitar like a delicate virtuoso, cradling the instrument with grace even as he coaxes some gnarly, nasty tones from it. 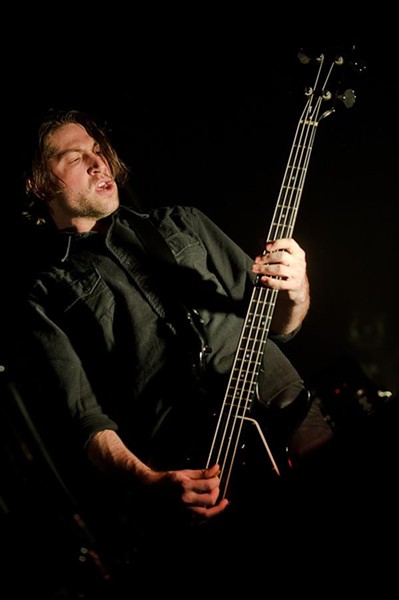 By the set-ending "You Can't Quit Me Baby," controlled chaos reigned. Homme sauntered to the mic with a lit cigarette in his mouth and blew smoke around his face. During the song, his echo-processed vocals enhanced the space-drone vibe provided by snakecharmer riffs and Dean Fertita's tambourine and shaker percussion. The volume and speed of the song increased as it progressed -- and in fact, each individual member spazzed out separately in their stage space, Castillo in particular. The band knew it was on fire; the audience responded in kind with delirious cheers.

An all-too-brief encore began with Lullabies to Paralyze's "Long Slow Goodbye," a charred rock track highlighted by Homme's slightly crackling falsetto. Better was "Little Sister," which underscored QOTSA's sexy, sultry side, and the menacing classic-rock steamroll "Go With the Flow."

During the show, a woman behind me exclaimed, "Nobody ever plays their early shit. [This is] so awesome." She's right: Although QOTSA may not have played everything people wanted to hear - in fact, some huge hits were absent - hearing the band's origins sound so lively and vibrant was gratifying.

Critic's Notebook: Missed the opener due to my KDHX show. How was it?

By the way: The self-titled QOTSA album is finally receiving a physical reissue on April 19. Stream it here.

Setlist: Regular John Avon If Only Walkin' on the Sidewalks You Would Know How to Handle a Rope (A Lesson in the Lariat) Mexicola Hispanic Impressions The Bronze Give the Mule What He Wants I Was a Teenage Hand Model You Can't Quit Me Baby