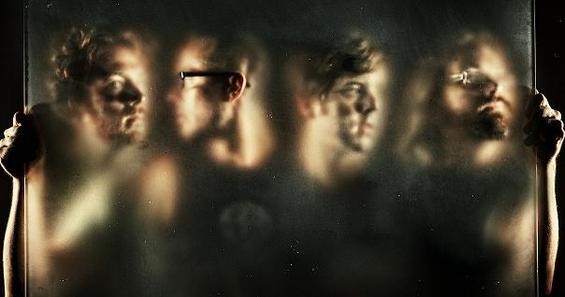 In the Greek epic poem The Odyssey, it took the hero ten years to get home after the Trojan War. For Jacob Fred Jazz Odyssey, it's been nearly that long since their last performance in St. Louis.

"I'm thinking the last place we played there was Blueberry Hill, in 2002," said keyboard player Brian Haas. Though the Tulsa-based JFJO has spent most of their touring time since then on the coasts and in Europe, Haas says they're "definitely stoked to be coming back to Cicero's. We had some fantastic shows over there."

Like Odysseus, JFJO has been through a lot of changes in a decade. Haas, the sole remaining original member, helped co-found the band back in 1994 and has been the one constant throughout its various iterations. Drummer Josh Rayner signed on in 2007, and lap steel guitarist Chris Combs joined the following year.

"Chris grew up listening to Jacob Fred, and we were his favorite band from middle school on," Haas explains. Combs eventually became a regular at a Tulsa jam session hosted by Haas when not on the road. "I could tell early on that Chris was one of those cats that was just speaking our language," Haas says.

Acoustic bassist Jeff Harshbarger is the most recent addition, coming on board last year in time to play on JFJO's last CD, Stay Gold. Haas recruited Harshbarger after they worked together for a week in Kansas City on a project put together by KC saxophonist and occasional JFJO collaborator Mark Southerland. "We were set up next to each other, and we could tell instantly that we had a connection," said Haas.

Perhaps the most distinctive new feature, though, is the band's use of the lap steel guitar, an instrument most often identified with country and Hawaiian music. It's deployed by Combs for everything from vibrato-laden leads to keening background swells, and as heard on Stay Gold, definitely brings new colors to the group's mélange of jazz, funk, fusion, classical and free improv.

Haas said he and former bassist Reed Mathis serendipitously hit upon the idea of using lap steel as they sought to reproduce in a live setting the electronic textures of the band's 2007 CD, Lil' Tae Rides Again. They found that the lap steel, along with an assortment of effects pedals, handily filled the spaces in the arrangements originally occupied by synths, samples and sequences.

For a while, Mathis played an old instrument that had been lying around the band's practice space, until Combs, nominally a guitarist, was recruited as a full-time member.

"He brought his guitar and tried to play it on different tunes, and I wouldn't let him. I kind of forced him into an uncomfortable place," Haas says. "Within a few months, we had a completely new sound. Nobody plays like him, and it's really enabled us to reinvent ourselves."

While critics have used terms like "pastoral," "rustic" and "Americana," Haas noted that the instrument also evokes the classic Tulsa sound of Western Swing pioneer Bob Wills and his legendary steel guitarist Leon McAulliffe - in a way bringing JFJO, like their namesake, back home once again.

Jacob Fred Jazz Odyssey plays tonight at Cicero's with Juanita Place and Lauren Lucas. The show starts at 8 p.m. and tickets are $7.