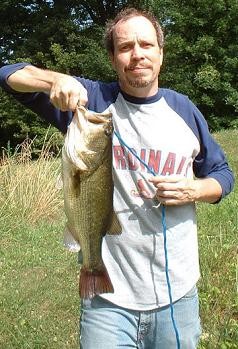 Rob Thurmond, a member of the '80s hardcore punk band White Suburban Youth and the co-host of the one-time GaragePunk podcast Snake Alley, passed away earlier this month.

Thurmond was in WSY "from the spring of '85 until we broke up to form Ultraman in April of '86," says Tim Jamison, the vocalist of both bands. "He was an amazing bass player and really too good to have been playing with us, but he loved it for some reason."

WSY guitarist Rob Wagoner echoes Jamison's sentiments and calls him a "very underrated piece in the local punk rock puzzle. With White Suburban Youth, he gave us a musicality that we didn't have much of before, and I think that contribution carried on to what we did with Ultraman."

With a friend named Jim Agnew, Thurmond also wrote and drew artwork for an '80s punk 'zine called Head in a Milk Bottle. "His artwork was very distinctive," recalls Jamison. "There was no mistaking something that he drew for anyone else."

Thurmond later reactivated Bottle around the turn of the century and published two more issues. GaragePunk.com founder Jeff Kopp, a.k.a. Kopper, was the "content coordinator" of the 'zine then. The two men met via Kopper's radio show, the Wayback Machine.

"He'd call me up on KDHX during my radio show and talk about music and cars," Kopper recalled in a blogpost. "In addition to punk/rock 'n' roll, baseball and B-movies, he was a cheap guitar aficionado and a big fan of muscle cars, and had an old GTO at the time. I'll never forget the first time he called me at the station; he was telling me about his car and then he said, 'Hang on,' hung the phone outside the window, ran out to the driveway and revved the engine for me so I could hear it. That was how I first came to know Bob."

Thurmond later produced a podcast called Snake Alley from August 2005 thru March 2007, and it was "one of the most entertaining podcasts on the early days of 'GaragePunk.com Pirate Radio,'" Kopper notes.

Wagoner says that Thurmond had become "world-weary" and "had dealt with some pretty harsh setbacks" in recent times. However, he had channeled the passion he always threw toward his music or drawing into helping "unwanted, damaged and abused Jack Russell Terriers and electric guitars," Wagoner says. "He got incredible pleasure from working with and cleaning up these outcasts and giving them the loving home they didn't have before. Recently, this was his world, and it's proof of how selfless a person he was."

Per family request, there isn't going to be a funeral. However, Wagoner says a memorial get-together for Thurmond's friends is in the works.

"He will be sorely missed," Wagoner says. "Usually when somebody is said to be one-of-a-kind it's a bit overstated, but in this case, it couldn't be more true."