Interview: Sandra "Pepa" Denton of Salt-n-Pepa on Nicki Minaj, Telemarketing with Martin Lawrence and Breaking into the Music Business 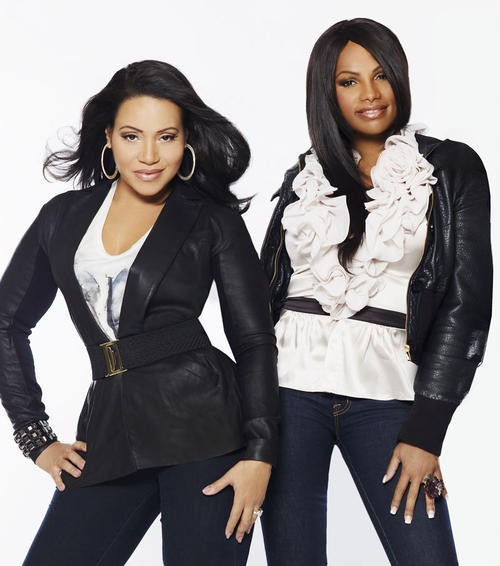 Following the success of last year's Fresh Fest concert tour, rap icons Salt-n-Pepa are making the rounds once again and bringing with them some of the finest names in vintage hip-hop. The Queens, New York, duo gained notoriety in the mid-'80s with its debut album, Hot, Cool, & Vicious, and reigned as the top female emcees in the game well into the '90s. After a nasty split -- and a reconciliation on reality TV -- Salt, Pep and Spin have returned to the stage and have been regaining momentum ever since. In this week's paper, we spoke with Sandra "Pepa" Denton about the group's long and storied journey in the music business. Below, enjoy some outtakes in which she discusses Nicki Minaj, telemarketing with Martin Lawrence and Kid 'n Play and breaking into the music business.

Calvin Cox: Over the years, S-n-P has expressed concerns about the influence that the media has over young people. With that in mind, how do you feel about the state of the industry? Pepa: I think it takes a village to raise a child. I'm a mother, so I do monitor the things my kid does or listens to. But at the same time, I see where a lot of emcees came from, I see how they've turned their lives around and I see how they give back, so it's hard to judge someone just by what their music is about. Everything needs balance, so Salt-n-Pepa tries to empower women and provide a voice as well as have a good time. That's our contribution, but I'd like to see more female emcees in this male-dominated field.

NIcki Minaj has been putting up some pretty big numbers. What's your take on her music? I think Nicki is very talented, and I'm happy that her album is doing well - it shows that women can still sell. But she's the only [female] out right now! I think there's plenty of room out there for us. Females are dope; we just need the opportunity to shine.

Why do you think it's so hard for women to break in to the business? I don't know why it's like that. Salt likes to joke that you have to be part of a "man camp." Lil Kim was in Junior Mafia, Eve was with the Ruff Ryders, Remy was with Terror Squad, and now you've got Nicki Minaj and Young Money.

That's quite different than how acts like S-n-P and Roxanne Shante broke in, right? You all had to take shots at some of the male artists to get your name out... I know! We didn't have a man camp. Hurby the Luv Bug was our squad.

I've heard a rumor that you used to work with Martin Lawrence before any of you were famous. Is that true? Yeah, it was us, Martin Lawrence and Kid 'n Play. We all worked together at Sears in Queens doing telemarketing. It's so crazy, because we all sat next to each other and Martin would say, "Whoever gets their break first has to put the other one on." We got our break first, so he used to open up for us with his comedy.