At 9:30 p.m. or so on Wednesday evening at the Fabulous Fox, the band was playing the crowd out with an instrumental reprise of "Okie From Muskogee." The house lights came up, the singers had gone and the stagehands were making their move. There would be no encore for Merle Haggard and Kris Kristofferson.

The pairing of the two weathered and leathery icons, backed by Haggard's imperishable band the Strangers (featuring Haggard's son Benjamin on hot lead guitar), was a study in contrasts, black attire for all not withstanding. Merle still wears his own kind of hat - a floppy black fedora tonight - and his own kind of shades, and Kris, at age 72 (one year less than the Hag), still wears his sex appeal and laureate's charm with a steely squint, a rakish smile and a thick silver mane. "You all are part of this dream I'm having," he said towards the end. "I can't believe I'm up on stage with Merle Haggard."

That modesty wasn't for show. Kristofferson knows that as a singer, musician and recording artist, he's not in Haggard's league. No one is. As a songwriter, of course, he knows he can more than hold his own. He opened the night alone on stage, with just his Gibson acoustic guitar and a harmonica rack, singing "Shipwrecked in the '80s" and dedicating it to the veterans of the Iraq and Afghanistan wars. His voice was a raging mudslide of phlegm and emotion, the kind of emotion that belongs only to the soul who wrote the great song after song he'd sing this evening.

Kristofferson introduced Haggard as the "Greatest American singer-songwriter," comparing him, properly, to Hank Williams and Woody Guthrie, and then the full lineup of the Strangers - piano, bass, drums, fiddle, electric guitar, and dobro, played by senior Stranger Norman Hamlet - and its leader took the stage, lighting into "Silver Wings," Haggard's longtime starter. Merle's own voice bears the scars of time, but beautifully, still so supple and effortless, only tempered on the high notes and ravaged wonderfully on the low growl he gave the words "roaring out of sight." Kristofferson strummed along, as he would all night, smiled, and let out an audible, "Whoah!" as the grand opener came to an end.

The two swapped songs all night, with the selection naturally favoring Merle. It's his band and his show, ultimately, and even if he'd sung every number in the night's 23-song set, the surface of his individual American songbook would still only be grazed. Merle focused on the hits, throwing only a few curveballs - the gorgeous "Back to Earth" and the newish "I Am What I Am" - and let his guitar playing, still so fast and expressive, do most of the talking. When a spike of feedback jolted him at the start of "It's Been a Great Afternoon," he stopped and chided the soundman, and then adlibbed a story about "writing these songs at sea level in the summer, when I was in my 20s" and joked about how strange it was to sing them in his 40s. 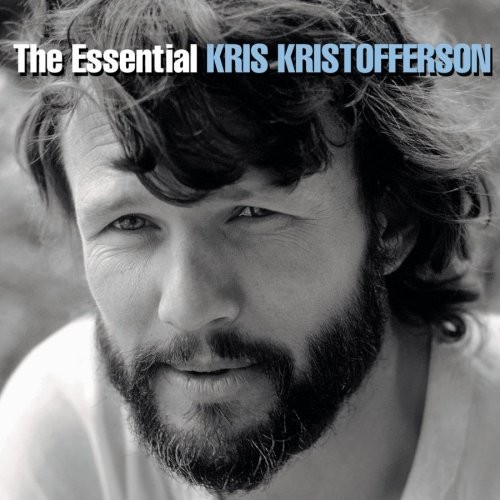 But while both men are performing past their primes, the fact doesn't matter and it isn't nostalgic. Some music, some songs, simply are timeless. Even the silly sing-along "Okie From Muskogee" became a commentary on the ongoing stupidity of drug policy. "My wife has a license to grow," Merle said. "That means I'm married to a marijuana farmer. Contact high is a beautiful thing." Other memorable moments included Kristofferson singing the shit out of three of his best songs: "Help Me Make It Through the Night," "Sunday Morning Coming Down" and "Loving Her Was Easier." And Haggard's coupling of "Working Man's Blues" and "They're Tearing the Labor Camps Down" served to remind the opulent hall that the best working-class anthems are defined by well-built rhythms and melodies. The night's only miscue was Haggard's rendition of Kristofferson's masochistic gospel hymn "Why Me," a song that may appeal to the fundamentalist wing of the country audience but which betrays what the songwriter has always stood for: free will and humane wisdom.

The night closed, as you might have guessed, with a reprise of a song Kristofferson sang with the Highwaymen and which Haggard turned into a hit with Willie Nelson. Trading off the verses of "Pancho and Lefty," the two friends stepped lightly into the song's dualistic roles -- the legend and the lonely, the leader and the survivor, the poet and the player, the hunter and the haunted - and for a moment it wasn't clear which was which. They both sounded like they could go on singing forever.

Shipwrecked in the '80s (Kris)
Silver Wings (Merle)
Going Where the Lonely Go (Merle)
The Bottle Let Me Down (Merle)
Me and Bobby McGee (Kris)
Just the Other Side of Nowhere (Kris)
Mama Tried (Merle)
Back to Earth (Merle)
Are the Good Times Really Over (I Wish a Buck Was Still Silver) (Merle)
The Pilgrim: Chapter 33 (Kris)
It's Been a Great Afternoon (Merle)
Big City (Merle)
Help Me Make It Through the Night (Kris)
Working Man's Blues (Merle)
They're Tearing the Labor Camps Down (Merle)
Loving Her Was Easier (Kris)
I Think I'll Just Sit Here and Drink (Merle)
Momma's Prayers (Merle)
Okie From Muskogee (Merle)
Sunday Morning Coming Down (Kris)
I Am What I Am (Merle)
Why Me (Merle, written by Kris)
Pancho and Lefty (Merle and Kris, written by Townes Van Zandt)