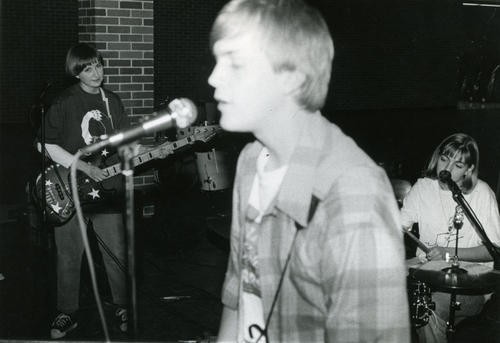 Some bad news for those of you wanting to shower Bunnygrunt with cigarettes, lotto tickets and other legal sundry: The band's eighteenth birthday party this weekend -- opening for the Fleshtones at Off Broadway -- has been postponed because drummer Eric Von Damage injured his hand and had to have surgery. He'll be OK, but he's not able to play drums for a bit. The Nevermores are now opening the show, which is still on.

Nevertheless, in this week's paper we throw the spotlight on Bunnygrunt - specifically, the most memorable shows in the band's history, as chosen by the band. Check that out there. Also, Matt Harnish has been keeping track of every show Bunnygrunt's ever done on its Facebook page. It's a good read too.