Spring is still being a big ol' tease, but new venues are blooming across the Southside like crocuses. The Heavy Anchor opens in a few weeks, The Warehouse has a new sign and is open for business, and Halfway Haus (7900 Michigan), a new bar and venue coming to South Carondelet, opens March 10.

Benjamin Simms, president of development firm Stein's Broadway, is opening Halfway Haus with Brian Scholtes, current owner of The Patch Tavern a few blocks away. Scholtes said Halfway Haus is the fifth bar to open in the neighborhood in the past two years--a sure sign that the area already has a willing and thirsty public. "All these bars work together, we promote each other's events," he says. "That's the kind of camaraderie we have with other bars."

The bar is so named because it's the midpoint between The Patch and the Temtor property; the latter is an old Coca-Cola syrup plant that Simms' company is turning into 77 residential lofts. The Temtor is also the future home of Perennial Artisan Ales, yet another new microbrewery, set to open this summer. (No wonder Evan S. Benn, Post-Dispatch scribe and local beernik, who originally broke the news about Halfway Haus' opening, recently named us the No. 6 beer city in Esquire.) Halfway Haus will keep a Perennial seasonal at the bar, and is working with A. Bommarito Wines for their wine list. There's no kitchen on site, but Kim's Pizza is creating a small menu just for the bar. 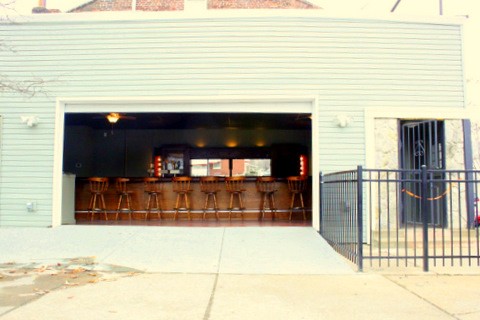 The room is long, and a garage-type door opens onto the massive beer garden. The property has been a bar since the '30s, according to the owners, and until Simms purchased the property in July 2010, it was Wagner's Sports Bar II. The owners say to expect solid live music Tuesday through Saturday. Soursplash will play for the grand opening on March 11.

"We're not going to be a big dance club, it's just laid-back with good music," Simms said.