Interview: Pauly Shore on His Career Resurgence, Why He's Not Doing Music Again and Whether He Dated Kylie Minogue 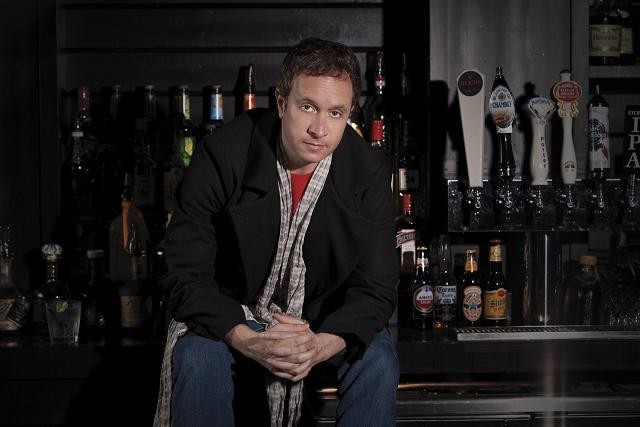 Pauly Shore, the comedian formerly known as the we-ee-ee-easel, hasn't been on the A-list since the '90s, but he's fought to keep himself in the spotlight. When the big movie roles stopped coming in, he returned to TV in the short-lived reality show, Minding The Store, which followed Shore as he struggled to revive his acting career and find a role running The Comedy Store, the club owned by his renowned mother Mitzi.

In recent years, he's re-invented himself as an indie producer-writer-director, helming films such as Pauly Shore Is Dead and the upcoming Vegas Is My Oyster. The latter is a variety show and romp through Las Vegas during the weekend of the Adult Video News porn awards featuring Shore and buddies such as Tom Arnold, Andy Dick and Faizon Love in tow. Also set to debut this year is CMT's Meet The In-Laws, a reality show he's hosting. Shore, now 43, is still a staple on the stand-up circuit, and he talked to A to Z to preview his show tomorrow night, Wednesday, February 23, at the Old Rock House.

D.X. Ferris: For people who only know you as the Weasel, what will they see in your current show? Pauly Shore: There's a little bit of that, too. You don't want to bite the hand that feeds you. I'm not like Jimmie Walker or Screech, where if you yell it out, I'm going to jump in the crowd and kick your ass. I embrace it.

You have a new reality show coming up. How did you wind up in the same room as CMT? My biggest audiences are in the South and the Midwest. "Pauly Shore" is very Americana. Believe it or not, I'm like a dude version of Jeff Foxworthy, because my movies were so mainstream and kind of simple and fun. That's what the middle-America audience represents. Son In Law and the movies I did cater to that audience.

When did you go out with Kylie Minogue? Is that a true story? Yeah. That was when we did Bio-Dome. She was in Bio-Dome with me. That's kind of the one thing I miss about starring in films: hooking up with your co-stars.

What do you do day to day? About ten years ago, I hit this place where you're not popular anymore. Then you have to take the bull by the horns. There's victims and leaders. Leaders take charge of their life. That's when I did [2003's] Pauly Shore Is Dead. I went with my instincts, which is writing, producing and directing my own stuff. I was dead as far as the industry went..

You were on Entourage. What is the vibe on that show like scenes? Is it like the show itself? It's like the mafia: Either you're in the family or not. A lot of the guys who run the show are my friends. I'm friends with Kevin Dillon and all those guys. So it wasn't like that gig came through my agent.

In the music business, the internet has infamously upturned the apple cart. For a comic, how has the internet and YouTube affect your ability to move product and sell tickets? For me, personally, I'm lucky I made it before the Internet stuff hit. It's not like I'm someone that made it in this time. People don't buy as much anything now, because it's free on the internet. For me, I still do really well at shows. I'm lucky.

How much Pauly Shore was in the Weasel character? I was never like Pee-wee Herman, how Paul Reubens is on the left and Pee-wee is on the right. I was one with the Weas. I really dressed like that. I acted like that. I exaggerated it for the camera, for sure. But I would go out like that.

Your 1992 CD, Scraps From the Future, had the song "Lisa Lisa [The One I Adore]". What do you think of the practice of comedians tacking on a song? I think all comedians want to be rock stars, all rock stars to be comedians. It's a tradition for a lot comedians to do songs. I actually used to do more songs back in the '90s. I feel like that's passe for me. If I didn't another song, it would be stupid. I was never a fan of comedians doing songs. I like [Adam] Sandler's stuff.