New Album Releases: Motörhead's Back With The Wörld Is Yours

*And You Will Know Us By The Trail of Dead, Tao of the Dead Spin gave Tao of the Dead a 7 out of 10: "It had to happen. After 16 years and six albums, these noisemongers finally indulge their proggiest tendencies on this epic excursion inspired by frontman Conrad Keely's childhood love of '70s concept albums (Pink Floyd's Dark Side of the Moon, Yes' Relayer, Rush's Hemispheres, etc.). Tao of the Dead is split into two songs, each tuned to a different key: Part I, a 35-minute jam in D effortlessly shifts over 11 chapters; and II boasts six movements over 16 minutes in F."

*Nicole Atkins, Mondo Amore Paste reviewed Amore, saying: "From the first track, "Vultures," Atkins' toe-tapping, foot-stomping, hip-swaying music moves through your bones. With years to perfect it, every note and beat seems crafted with intention and care, accentuating her equally deliberate words. The songs play like anthems, commanding you to sing along as her lyrics tell a long-awaited story."

*The official video for "Vultures" by Nicole Atkins

*Cut Copy, Zonoscope Spin gave Zonoscope an 8 out of 10 review: "When Cut Copy offer an ostensible remake of Men at Work's 'Down Under' as the lead single from their third studio disc, is it a sign of the Melbourne trio's chutzpah or of their essential Aussie-ness? Neither, actually: With its lighter-than-air melody and its bouncy, tom-tom-equipped groove, 'Take Me Over' reveals Cut Copy's eagerness to graduate from dance-rock cult act to something more universally admired. It's an unabashed bid, in other words, for the sunset slot at Coachella, and it's hardly alone on Zonoscope, which catches Cut Copy in a pop-attuned mode they've only hinted at in the past." 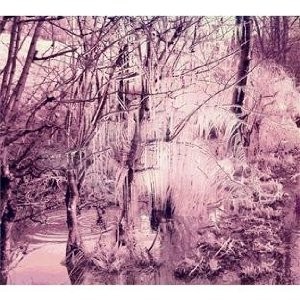 *Esben & The Witch, Violet Cries NME reviewed Violet Cries, saying "Disregard what you've heard, then, about Brighton trio Esben And The Witch being the UK's newest vault creatures - because, crucially, they're gothic rather than goth, and possessed of a much more beguiling aesthetic. To immerse yourself in Violet Cries is more akin to entering a Ye Olde English fairy tale than some trashy vampire fiction, like discovering a weighty, weathered tome that lies under several thick inches of dust and recounts a distant age."

*The official video for "Marching Song" by Esben & the Witch 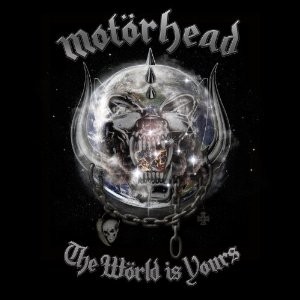 *Motörhead, The World Is Yours The Guardian reviewed The World is Yours, saying: "No one who buys The Wörld Is Yours is going to do so in the hope of being surprised or baffled: these days Motörhead's musical appeal rests on their immutability. The double bass drums thud, the lyrics reference old hits ('no remorse!'), the author of 'Jailbait' strikes yet another blow for strident feminism with a song called 'Bye Bye Bitch Bye Bye,' and every vocal is delivered in Lemmy's phlegmy growl - except for 'Brotherhood of Man,' on which he drops into a terrifying lower register, the better to deliver a song on which Lemmy in effect offers the entire human race out for a fight."

*The video for "Get Back In Line" by Motörhead