Mount Kimbie Confirmed for the Luminary Center for the Arts 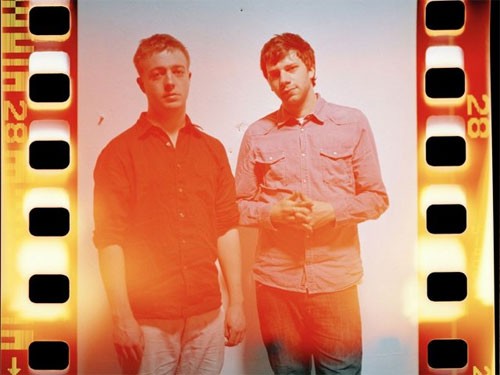 We peed a little when a pretty bird told us that Mount Kimbie is confirmed at the Luminary Center for the Arts on March 27. Keep it up, St. Louis venues that are making us glee pee!

Mount Kimbie is an electronic duo out of the U.K. who make dance music for a post-dubstep world. (Oh yeah. That's a thing.) Mount Kimbie have pushed past adroit beat-making and flawless syncopation, threading through ambient territory with found-sound loops and layers. While they appease dub devotees, Mount Kimbie itself says that it's more influenced by indie rock experimentation than the fiercely invidious realm of dance music. The duo's 2010 release, Crooks and Lovers, is a stunning amalgamation of field recordings and organic sounds (like tongue clicks), wending in and out of polyrhythms as if in search of the next minimal flourish. Crooks and Lovers reeks of wanderlust and soulful introspection, which is why the band made fast friends with musical kin like James Blake and the xx.