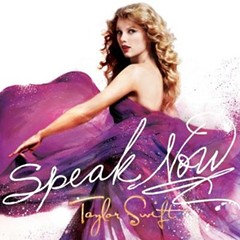 Months ago, we said that Taylor Swift's 2011 world tour was stopping in St. Louis on August 14, venue to-be-announced. Well, we can now confirm that Swift will be at the Scottrade center on that date -- and on August 13 too. Needtobreathe will open both dates. Tickets are on sale on Friday, February 4, at 10 a.m. via the Scottrade Center Box Office, Ticketmaster.com or by calling 800-745-3000. According to a press release, tickets start at $25.