Brad Mehldau to Play at Jazz at the Bistro 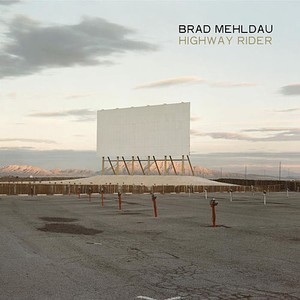 Jazz St. Louis today announced that pianist Brad Mehldau is coming to St. Louis to play Wednesday, April 6 and Thursday, April 7 at Jazz at the Bistro.

Mehldau, who is one of the most critically acclaimed jazz musicians of the past decade, last performed here with his trio in April 2008 at the Bistro. He also played at the Sheldon Concert Hall in 2007 with guitarist Pat Metheny. His most recent recording, 2010's two-disc set Highway Rider, was produced by Jon Brion, and featured Mehldau's trio augmented by guest appearances from saxophonist Joshua Redman, drummer Matt Chamberlain, and a chamber orchestra.

Mehldau's dates at the Bistro will be the first performances on a rare, brief tour of U.S. clubs, with subsequent stops set for Columbia, Missouri; Minneapolis; Evanston, Illinois; and Seattle. Only the Bistro and Seattle's Jazz Alley are getting multiple nights, said Bob Bennett, Jazz St. Louis' director of operations and artistic administration.

Mehldau, bassist Larry Grenadier and drummer Jeff Ballard will play two sets each evening at the Bistro's regular times of 8:30 p.m. and 10:15 p.m.. Tickets are $30 for all shows, and went on sale to Jazz at the Bistro subscribers today at 10 a.m.. Advance sales to the general public will begin at 10 a.m. next Tuesday, February 1 at all Metrotix outlets, by phone at 314-534-1111 and online at www.metrotix.com. Student tickets will be priced at $20, but will be available only at the door 15 minutes prior to the start of each set.