Kinky Friedman to Perform at Off Broadway 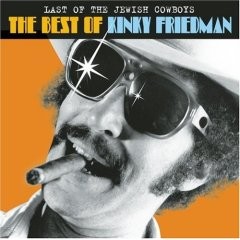 Fired up KDHX's blog today to find this interesting scoop: Richard S. "Kinky" Friedman will be performing at Off Broadway on April 29. From the post, written by the RFT's Roy Kasten:

The former candidate for governor of Texas, detective novelist, entrepreneur, satirist and inimitable songwriter hasn't been to St. Louis in, well, a decade or more (anybody know the last time he performed here?). Apparently the show was Kinky's idea. He remembered playing Off Broadway in the past and wanted to return.