Ten Best Things to do on New Year's Eve in St. Louis 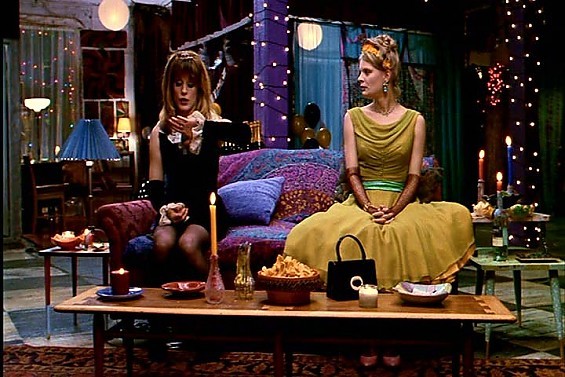 If you're still wondering where 2010 went, you're not alone. But it's basically over -- so get over it. Here are our top picks for the last day of the Gregorian calendar: New Year's Eve.

If you like the Royale... you should go to the Royale? The bar's annual New Year's Eve party is the stuff of legend -- and this year, you don't have to be a regular to score an invite. As long as you're dressed for The Future (think the future that involves hoverboards, sexbots and cryogenic reincarnations), you can ring in 2011 in style. 7 p.m.-10 p.m.

If you like a laid-back scene and a balls out blues performance... You have your choice of Chicago's Eric "Guitar" Davis at Beale on Broadway (8 p.m., $10) or Melissa Neels Band at Hammerstone's (9 p.m.).

If you're looking for eye candy and electronica... get thee to Europe Nightclub for the Crystal Method's DJ set. Seriously, of all the places in the world that the Crystal Method could have spun on New Year's Eve, it chose St. Louis. And if the duo played Paris, Ibiza, Tokyo or even flipping Chicago, people likely would have paid $100 to watch 'em. But if you get your tickets early, you can see Crystal Method, complete with confetti rain, complimentary champagne toast at midnight, and some damn fine dance music, for $25. Show 'em how we go hard in Nellyville.

If you're looking for a rousing rock show... $40 grants you entrance to the VooDoo Lounge at Harrah's Casino for the popular New Orleans party band Cowboy Mouth.

If you're looking for a contact high... Colorado-based, bluegrass-indebted rockers the Yonder Mountain String Band play at the Pageant. Tickets are still available for $65.

If you're looking for a boozy deal... you may not find a better deal than Club Amnesia's New Year's Eve party: $25 for open bar (sponsored by Chambord, Gentleman Jack, Finlandia and Herradura Tequila), a free buffet, a balloon drop and a champagne toast at midnight. Or you can go the luxe route: a VIP table for six which includes a bottle of top shelf liquor, a bottle of Moët Rosé and a personal cocktail waitress, for the low, low price of $530.

If you're into the local scene (and you should be)... popsters the Blind Eyes and rockers Kentucky Knife Fight play a free show at Off Broadway. 21 and up. Did we mention it's free?

If you're looking for the ultimate cover band experience... head to the Family Arena in St. Charles for the one and only Dr. Zhivegas with Rough Ryders. Tickets are $31, but the RFT is giving away a suite for twelve.

If you're looking to dance... five of the city's parties are teaming up for a six-hour, DJ-laden extravaganza. Kinetic Theory (DJ Trash Talk), the Party (Ty Ty), Propaganda (Andy Mon$y), London Calling (DJ Clockwork) and Get Serious (Billy Brown & Cor(E)yography) are taking over the Stable Loft. Tickets are $15, or $35 all you can drink.