We receive dozens and dozens of local CDs a year at the RFT. Although we review many in our weekly Homespun column, there just isn't space to touch on all of them. To remedy that, here are brief reviews of ten more releases that crossed our desks this fall.

The ChalkBoyz Chalk Dirty to Me Besides having the cheekiest local-album title as of late, rap/hip-hop group the ChalkBoyz also recruited some of the city's best talent for this release. Prince Ea and Bryant Stewart contribute rhythm- and note-perfect accents to the well-constructed pop highlight "Out Here On My Own," while Ruka Puff adds brashness to the midnight-inky underground lope "They Know." Dirty veers between ominous sounds and lighter fare; the title track samples AC/DC's "Thunderstruck" and the group raps new lyrics over the melody and piano line of Mariah Carey's "Always Be My Baby." (Props as well for the line, "Wasted like rollover minutes.") The album falters when the ChalkBoyz go for ballads -- the mellower "Day Dreamer" and "Get It How I Live" don't quite work - and Dirty's clipped beats and dark synths can sound tired and monotonous. But on songs such as "Back to the Traphouse" - a cartoonish, bouncy hip-hop number with swirly synths and lively rhymes - the ChalkBoyz hit the creative jackpot. -- Annie Zaleski

Flaming Death Trap Swamp Monster Rowdy, raucous and unflinching, Flaming Death Trap is ready to party. The quartet crafts essential rock & roll that makes you wonder why indie music has strayed so far from the holy trinity of guitar, bass and drums. On Swamp Monster, the band doesn't front about its affinity for alcohol, cigarettes and Kerouac, and it waxes poetic about the millennial condition (see: "Depression Makes Me Sad") in swift, distortion-heavy blasts. If you're sad, Monster will cheer you up. If you're happy, the album will make you dance -- making it the perfect soundtrack for your next party or night alone drinking whiskey in the bathtub. -- Diana Benanti 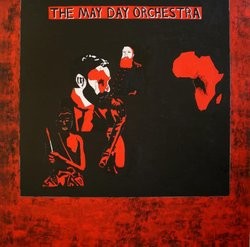 Jumbling Towers Ramifications of an Exciting Spouse Spouse finds Jumbling Towers accentuating the danceable aspects of its sound, which first surfaced on The Kanetown City Rips. Many familiar Towers elements are in place - the ghostly synths, the fuzzed-out guitars and singer Joe DeBoer's fake British accent - but when paired with funky electronic drum beats and syncopated melodies, the effect is more warped dance-pop than haunted-mansion rock. What remains consistent is the group's knack for catchy hooks and evocative lyrics, thus ensuring that this EP continues the band's tradition of uniquely satisfying indie rock. -- Bob McMahon

Mathias Devils, Pirates & Rebels After rapping with various groups around town for over a decade, veteran Earthworms emcee Mathias finally unleashes his first solo album, Devils, Pirates & Rebels. The mostly soul- and jazz-based production suits Mathias' energetic flow well and provides a great canvas for his superbly crafted multi-syllabic rhymes. Devils fares best when Mathias drops the standard life-as-a-hip-hopper narratives in favor of stranger subject matter, such as the tongue-in-cheek dystopian fantasy of "Science Fiction" or his tribute to punk rock, "Black Boots." Overall though, the album is a strong effort from one of St. Louis' most dependable rappers. -- Bob McMahon

May Day Orchestra Ota Benga Without the context of knowing who Ota Benga was, the May Day Orchestra's 2010 release, Ota Benga, sounds like the thoughtful, politically-charged diatribes for which frontman Tim Rakel has become known. A quick Google search, however, reveals Benga's story: He was a Congolese pygmy that was once a human exhibit at various zoos and the 1904 World's Fair. That's the point of music like what the May Day Orchestra creates -- to bring new awareness to the disgusting arrogance of the establishment, and remind us that our embarrassing past isn't that far behind us. On Benga, the band educates while impressing us with beautiful offerings of a folk opera revival. And we can't fault anyone who name-drops Joseph Conrad in song. -- Diana Benanti

Aloha Mi'Sho Badd EP Aloha Mischeaux has undergone quite the transformation since her appearances on American Idol. First, she changed her performer name to Aloha and then to Aloha Mi'Sho. Next, she donned a short, sassy hairstyle. And finally - and most notably -- she went from good girl to Badd. Her Idol performances revealed the power behind her voice; she effortlessly belted out songs made famous by Beyonce and Alicia Keys. Mi'Sho's EP, Badd, shines brightest when it focuses on that strong, soulful voice -- rather than the moments when she relies on catchy beats and featured artists. ("You" and "All of Me" best display Mi'Sho's vocal skills.) That's not to say the other songs aren't catchy; they are. The title track is especially danceable and infectious, and she channels Rihanna during "That Deal." Throughout Badd, Mi'Sho proves she's a growing, adaptable artist, although not America's Idol - yet. -- Chrissy Wilmes

Elsie Parker and the Poor People of Paris Live! Elsie Parker and the Poor People of Paris sounds like no other group in town. With grace and elegance, lead vocalist Parker croons modern and classic French-language songs, as piano and hushed drums trill around her. (She also adds flute to the proceedings.) This live album documents a June 2010 performance at the Sheldon, and it's a pristine distillation of jazz and classical flourishes, and of the group's many musical talents. For your next wine and cheese soiree, this is your soundtrack. -- Annie Zaleski

Spelling Bee Sweet Dreams, Strange Animal Spelling Bee is the quintessential band that you shouldn't judge on appearances (or by the band members' adorable banter on Wrong Division, the show they co-host in the wee hours every Friday morning on KDHX). Unassuming in real life, on stage Spelling Bee produces nightmarish and oh-so-loud post-punk that we love to love. Poised to become the It couple of the experimental scene out of town as well as here in River City, the band's recent release, Sweet Dreams, Strange Animal, is available for the paltry sum of $5. And damn, is it the best $5 you've ever spent -- except of course, the $5 you spend to see them in the flesh. -- Diana Benanti Shooting With Annie Grapestains Shooting With Annie's local music pedigree is impeccable: The sextet includes Stir/El Monstero member Kevin Gagnepain and talented jack-of-all-musical-trades such as Joe Meyer and Tony Esterly. Grapestains, the band's debut LP, reflects its experience - and its folk, twang, blues and classic rock influences. Standout "Sadie Hawkins Day" is a hard-driving bit of Southern boogie in the vein of the Black Crowes, while another highlight, "Carolina," has the macabre-folk tint of troubadours such as Ike Reilly. "American Heart" is even better, a straight-up country tune brimming with melancholy and regret. While the instrumentation and execution is always spot-on, at times Grapestains' songs can be forgettable or a bit too long. Still, it's a solid debut. -- Annie Zaleski

Tilts Contractors to Her Majesty's Forces Anyone looking at the title and fearing a Their Satanic Majesties Request-esque reinvention needn't worry; these are the same old Tilts. The righteous riffs, down-tuned/distorted stoner-rock growl and classic rock swagger you've come to love from the quartet are all on display here. Tilts has the attitude, the chops to pull off its style and the songwriting skills to make it worth your time. (Dig those wicked chromatic licks on "Ozark Bowtie.") What's not to like? -- Bob McMahon