*Daft Punk, Tron Legacy Megan Ritt from Consequence of Sound wrote a review for the soundtrack, which I will quote at length because, judging by what I've listened to online (check it out for yourself here), it sums the album up perfectly: "The challenge with reviewing the Tron: Legacy Soundtrack is whether or not to call it a true Daft Punk album. Sure, it's a full album's worth of Daft Punk music. However, the key word in the title is "soundtrack". This highly anticipated release-researched, leaked, and teased all over the internet--is, in the end, a film score. It's still Daft Punk's first release in five years, desperately snatched up by their ravenous fans, but when considering its worth as stand-alone music, we must bear in mind that it was never truly meant to stand alone. That being said, this music is... decent."

*Deadmau5, 4×4=12 Spin said of the new record, "4x4=12 is his third album as an artist-producer, and it's aimed beyond Electric Daisy Carnival's forest of fuzzy bras and platform boots. (After Random Album Title and For Lack of a Better Name, it's easily his most ambitious title.) Punchy progressive house predominates (the Baroque-inspired 'Some Chords' and the more linear 'I Said'). But 'Animal Rights,' a collaboration with DJ-producer Wolfgang Gartner, obviously grabs at Daft Punk's electro-funk crown, while 'One Trick Pony' and 'Raise Your Weapon' offer Deadmau5's approximation of dubstep's wobble and buzz." Stream the new record here. 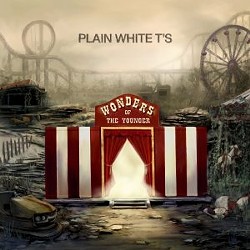 *Plain White T's, Wonders of the Younger Contact Music reviewed the T's latest, saying "The band continues with creating great pop songs, which is typical of their sound. 'Broken Record' is a very catchy track that has subtle influences from the '60s. Lead singer Tom Higgenson states that his past lover is 'stuck in my head like a broken record'; the same can be said about the track ironically. Going back to their roots, 'Last Breath' is a beautiful ballad that may possibly be the best track off the LP. Combing very successfully the classical with rock, the track harbours a great orchestration instrumental; reminding us exactly what this band is best at doing." *Redman, Reggie Stream Reggie in its entirety via Myspace Music. 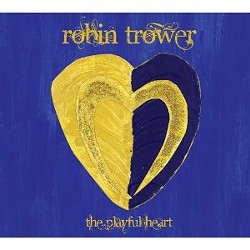 *Robin Trower, The Playful Heart Prefix reviewed the album, saying "The Playful Heart finds the U.K. six-string legend turning out plenty of ripping leads even while offering up a batch of tunes that's a bit more low-key and introspective than some of his previous outings." Stream three tracks from The Playful Heart here. 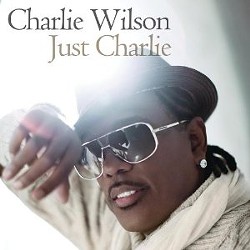 *Charlie Wilson, Just Charlie Soultracks.com reviewed Charlie, saying "Overall, Just Charlie manages to be much more substantial than its predecessor, thanks to modern touches that don't overreach or irritate: 'Lotto' compares winning the devotion of his woman with hitting the jackpot, but is still sweet and sincere; 'My Girl is A Dime' enumerates the traits that keep him singing her praises ('That's what makes her beautiful, when I get out of line she lets me know/and she don't need no magazine, to help her build up her self-esteem').'" Stream Just Charlie in its entirety via Myspace Music.

*T.I., No Mercy Culturebully reviewed Mercy, saying "For half of No Mercy TIP projects a lifestyle of partying and living a life of riches, then he clamps down to provoke an emotional outpouring from his audience with album-closer 'Castle Walls,' citing an unseen darkness behind his 'Phantoms and Ferarris,' 'bet you think I got it made, look again.' He repeatedly tells his fans, who have continuously supported the rapper through his ups and downs, how he's straightening his life out on the album, yet he won't be available to publicly promote No Mercy because he's locked up. T.I. is an unbelievably talented MC whose unique style and flow leave him comparable to none." Stream No Mercy in its entirety here.