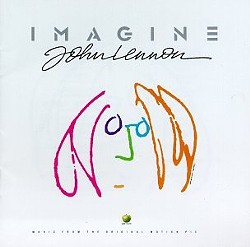 This Wednesday marks the 30th anniversary of John Lennon's death. This week faculty members and students from Webster University's Jazz Studies program will pay tribute to the late Beatle with a concert called "John Lennon Remembered." The event takes place at 7 p.m. on Tuesday, December 7, at Webster University's Community Music School (535 Garden Avenue, next to the Repertory Theatre).

The concert is the brainchild of Steve Schenkel, guitarist and professor of music at Webster, who credits the Beatles as his first inspiration to start playing guitar. Schenkel feels especially connected to Lennon's music. "For me, it has more emotional depth of the other composers in the group," he says. "I love them all, but John's stuff - there's some pain there, some sadness or angst, something that strikes me as kind of raw, like an exposed nerve. It gives the singers a whole other level of meaning to plumb."

Along with Schenkel, the band will include fellow Webster faculty members Kim Portnoy on piano, Ric Vice on bass and Kevin Gianino on drums. Handling vocals will be Peter Ayres and Kiersten Rose, both students in Webster's jazz program, and guitarist/singer Steve Johnston, a veteran of local bands such as the U2 tribute Elevation and Paint The Earth. They'll perform fourteen of Lennon's tunes, including "It's Only Love," "Strawberry Fields Forever," "Help," "Julia," "Across the Universe" and "Imagine."

While Schenkel said that "there are a few that we're treating pretty much reverentially," many of the songs will be reworked with new harmonies and new grooves, and "opened up for solos as if they were jazz tunes." Still, the guitarist is wary of straying too far from the original material. "The best thing to do with this music is to get out of its way," he said.