Interview: Blackpool Lights' Billy Brimblecom on the New Okie Baroque and How the Band Got Back Together 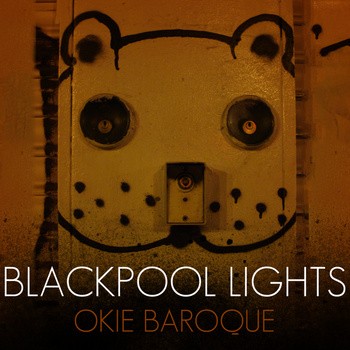 Blackpool Lights -- the project featuring drummer Billy Brimblecom and the Get Up Kids' Jim Suptic -- will be doing one of its first shows in years tonight at the Firebird. The Class of '98 opens. The show starts at 9 p.m. and tickets are $10. Earlier this week, BPL released a stellar new EP, Okie Baroque; fans of Tom Petty, the Replacements and the Get Up Kids' (criminally unheralded) The Guilt Show will have much to enjoy. Baroque can be streamed -- and purchased -- at the band's Bandcamp site. (You can also stream it below.) Brimblecom, who moved to Nashville in July 2009 after a long spell in Kansas City, answered a few email questions in advance of the show.

Annie Zaleski: Why was now the right time to reactivate Blackpool Lights? What was the impetus for it? Billy Brimblecom: Jim sent me an email last December, saying he had a bunch of songs lying around. He was thinking he could come to Nashville and my wife and I (she's a singer) could help him tweak them and maybe shape then into country songs that he might sell or license, etc.

It ended up he had about fifteen songs, all of them great. My wife did change some of them for the better, but some needed no change at all. I said he should record those songs for a solo record. My friend Steve Wilson suggested we just pick five songs,(a couple country songs, a couple poppy ones, maybe a rock song) and record them at his studio for the heck of it. Maybe see if we could license some of them for some film/TV stuff. Anyway, he came out and said that he decided on the place we should record the more rocking songs after all and call it Blackpool Lights. The thought being, we had a lot of luck licensing songs from our first record, so why not try to do the same thing?

Describe how the EP came together. How long did it take you guys? What was the process of writing/constructing the songs? Where was it recorded? So we met at Steve Wilson's studio and decided we were gonna do some BPL songs. In the process, Jim and I started to get excited about doing stuff together again and thought we might try and play some shows too-maybe kind of be a real band again, even though we have other things going on in our life now. Do something new but still further investing in what we started together on 2004.

The bulk of the EP was recorded in four or five days in May when Jim was here in Nashville. All the overdubs were recorded by Steve, Greg LaFollette and myself when we had free time. We finally finished it all up a couple months ago. It was cool being reminded that when Jim and I played together, it sounded like "us" even though it was new music.

I know the band was dogged by Replacements comparisons (not a bad thing, in my eyes!). And while I hear some of that in the new EP, I honestly think it's poppier -- it reminded me of Get Up Kids' The Guilt Show (also not a bad thing, in my book). What were you guys aiming for with the EP? We love the Replacements! Big Star, Cheap Trick, Tom Petty -- love it. But also bands like Jimmy Eat World and Foo Fighters. There is definitely some stuff that sounds like it could have been on our first record on the EP. But there are also songs, like "Sons & Daughters," that is way different. We had so many tunes to choose from, I just honestly picked my favorites that I thought would work together as a record.

What was the most rewarding thing, for you, working on this EP? Probably just being able to revisit something we worked so hard on for so long. I was always very disappointed by how the band ended. I love that Jim and I get kind of another chapter together to make some music, put it out there and see what happens. Jim is such an amazing songwriter and an awesome dude so it's cool to get to work and hang together again.

Are you going to do a physical release at all, or keep it digital? For now it's only gonna be digital. We do have a friend who does vinyl so hopefully sometime early next year we'll release it on vinyl along with a vinyl pressing of our first record. We also plan to get our first record back up on iTunes as well as the Legion Of Boom site. It sucks that it is no longer on iTunes -- long story -- but I hope to have it back up sometime in January.

Do you have any larger-scale touring plans in the works for 2011? We're kind of calling this run of shows the "dipping our toe in the water tour!" Hopefully people will come out to see us! Honestly i think we'll have some old fans at these shows and I do know there are a handful of people who didnt even discover the band until after we split. So yes, we do hope to keep playing even though we don't have any other shows currently on the calendar. We are talking about doing a run where we go play Chicago and some other cities up that direction. We would also love to go back to Japan. We had our record out over there and did a short tour there. And The Get Up Kids have always done well there, so people over there were freaking out for Jim. We'll see.

What else are you personally doing right now, music-wise? Since I left the band originally in the fall of '07, I have been totally a freelance guy. That kind of career path (playing with many other people on stage and on the studio) is what brought me to Nashville. So lately, I have continued to do sessions as much as possible, mainly with my good friend Don Chaffer. He has a band called Waterdeep that has been around forever and when they do full band shows, I play with them. He also wrote a musical that was being worked on in NYC that I was involved in both drumming and acting actually.

I have also been doing some showcases with an upcoming country artist here in town. I play with a couple other bands in town here and there and play pretty often at my church. The church gig is really cool because it's a lot of R&B and gospel. So living here, I get to really stretch out, play several different styles with several people -- which I love.