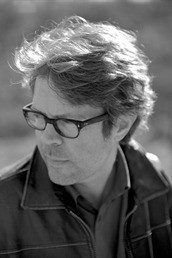 We've written so much about Jonathan Franzen over on Daily RFT, it's finally reached critical mass and overflowed to infest A to Z. So here we go:

Didja know the famous novelist (author most recently of Freedom) who grew up in Webster Groves has a favorite band? Of course, Franzen being Franzen, he has to express his love for the Mekons in the most pretentious and overly-thought-out manner possible. Which is, of course, just what you'd expect:

They consistently resolved what ought to have been despair and rage into humor without losing the despair and without losing the rage....The result was this dissonance had a consistently comic effect. If you feel like the inheritor of a very embattled critical stance while the rest of the world is going over to the dark side, they're the band for you, and I say that not because they ever give you hope of winning the battle, but they teach you how to be graceful and amusing losers.

Although, if you were to go down the Franzen rabbit-hole, this might be a plausible description of his own work. (And see, his graduate-seminar style is even affecting our own, uh, prose.)

Full video and some Mekons after the jump: