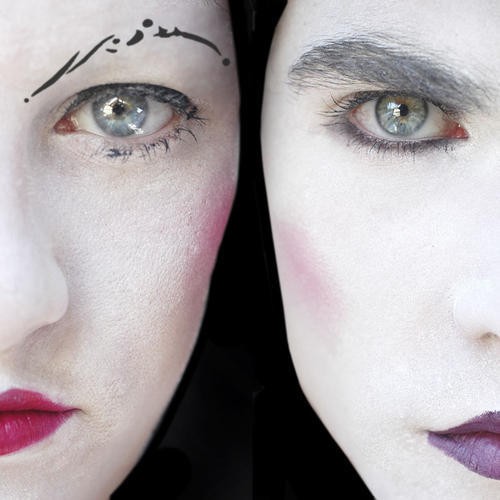 It's been three years since the Dresden Dolls last toured. In that time Amanda Palmer has released the solo album, Who Killed Amanda Palmer, accompanied by an art book with photos by Kyle Cassidy and text by Neil Gaiman. She recorded with Jason Webley as Evelyn Evelyn, collaborated on productions at Lexington (Massachusetts) High School, starred as the MC in the American Repertory Theater's production of Cabaret, discovered 17-year-old piano prodigy Tristan Allen and is producing his first album, and released a digital album of Radiohead covers rendered on ukulele, just to name a few of her projects.

In that time she also spoke out when her then-label, Roadrunner Records, complained about her physique, prompting fans to flood the company with photos of their bellies. Palmer worked to be released from her contract, which happened last summer. In addition to making music, she and her small teams of employees/friends operate her enterprise with no record label backing. Currently Palmer and Brian Viglione are touring as the Dresden Dolls again, celebrating the tenth anniversary of their meeting on Halloween, 2000. They'll be at the Pageant tonight, Tuesday, November 16. Read Robin Wheeler's Amanda Palmer interview here -- and then check out some outtakes below.

Robin Wheeler I've been following you on Twitter for years, particularly this morning ... Amanda Palmer: [Laughs]

...and very much enjoying the conversation about "Fucking: The Perfume". YAY!

And I know your last interviewer talked about it, too, but hey. It was funny and entertaining. I only have two phone interviews today, and you're the second one, but I love that both of you have opened with, 'I've been reading your Twitter feed all morning. Congratulations on Fucking: The Perfume.'

What's Brian being doing since the last tour? Brian has barely had a rest, either. He's been plugged into all sorts of different bands and recording projects. He produced a bunch of different artists. Most significantly he's been playing in three different bands. He was in the Cliks for awhile. And then he was in WORLD/INFERNO Friendship Society, and recently he's been touring with a band called Botanica, old friends of ours from New York City. Also, hugely significantly, right after we took our break he recorded with Nine Inch Nails. He's been pretty much working and touring non-stop with different projects, doing all sorts of different stuff.

He just hasn't been as visible about it as you've been. Well, Brian was never that way. Brian was never a blogger, you know, and a crazy connector. That was always more my thing. It makes sense, on a level. One of us had to be a good musician, and that was Brian [Laughs]. I dealt with the social networking, and he dealt with making us practice. [Laughs]

You've seen your fan base change because of the promotion you've done online, taking that into your own hands instead of turning it over to publicists and such. It's always a marriage of both. I have a fantastic publicist, but the best kind of publicist for Amanda Palmer is the kind who will not only field and hunt the normal press stuff, like you and I are doing right now, but can actually take advantage of the weird things that are constantly happening, and let the mainstream press know what's happening in the weird underworld of Amanda Palmer.

How do you like working outside the limitations of the traditional record label system? I'm really enjoying it. There's so many things to talk about. Even when I was plugged into the machine at the most extreme level, and working with a major label, with their major label publicist, a legit New York manager and all of these things, I was still dealing with a lot of the same problems. Having my own team - I'm managing myself now with a lot of help from a fantastic team - and not with a label, the same problems still pop up on a daily basis, but it's more fun because they're my problems [Laughs]. And I choose the way those problems are solved. If you're going to have a fuck-ton of problems, it feels better to be able to control which direction the catastrophic pile of chaos is falling.

Also, just karmically with the fan base, it feels wonderful to call up the record-making factory and say, Make two thousand of these for our fans, and ship them to our space, and we will package them and send them out. There's something that feels so much more fulfilling when you do that, than when, even if you're selling more product or reaching more people, it's like the medium is the message with that stuff. I'd rather, on some level, do less the right way than do more, but without control.

The music always comes first. It's not like, when I was with the Dresden Dolls, I was spewing out mainstream pop. I still had total control over the musical output. But you know, it makes so much sense for right now. The way things are working, almost anything is possible directly with your fans. That wasn't true ten years ago. Certainly wasn't true twenty years ago.

It's frightening, though, because it means you have to take on all this responsibility that as a musician that you don't necessarily fucking want. That's one of the big looming questions. for every emerging artist out there, is that's great that I can have total control over my career and promote myself, but what if I don't want to? It's very confusing for everybody, even when you're good at it. I'm good at it. I like doing it. Neil [Gaiman]'s great at it. But, you also watch the immediate struggle between creative time and space in which to let your imagination actually work on art instead of clever marketing techniques and clever ways to connect with your fans, and wonderful things you can all talk about. You can't stray too far from the source. If you stray too far from the source, you'll be riding on fumes eventually. I love your blog entry you wrote a few weeks ago where it came down to, if you have this great thought do you blog it, tweet it, or go to the piano. That's the ultimate questions [Laughs]. There's the bigger question of, is a song more or less legitimate than a beautiful metaphor or haiku transmitted to a bunch of other human beings via Twitter? Who are we to think that one is worth less than the other?

As far as I'm concerned, that's where I really do let myself off the hook. I got into this fundamentally in the first place not so much because I was interested in music. I loved music, but because I had this desire to connect with people, affect people, be affected by them, and I kind of don't fucking care how I do it. I don't. But it's like this cardinal sin of artists to say that, because you're supposed to feel so committed to your medium, and your art, and your guitar. I think in so many cases, if you get down to it honestly, it's like the connection at any cost. The irony is that most artists will do it for free, because what they're in it for usually isn't the money. It's the connection. It's the love. It's the attention. Call it what you will. It's not a dirty thing. It's very natural. And that's why a lot of these musicians are the same ones who, as kids would happily get on a stage on front of other people and not demand a paycheck. They were just excited to be in the spotlight.