*Floacist, Floetic Soul Soultracks.com says of the new record, "With Floetic Soul, Stewart successfully continues the neo-soul and poetic flow tradition carried over from Floetry's glory days. And even though Stewart and Ambrosius won the hearts of many R&B loyalists during their brief tenure, change has now presented The Floacist ample opportunity to expand her own creative space and expand her own fan base - and she delivers. Highly recommended."

*The official video for "Forever" by Floacist featuring Musiq Soulchild

*Kid Cudi, Man On The Moon 2: The Legend of Mr. Rager The Chicago Tribune review of Rager points out Cudi's transition to rock: "The five-part narrative follows a character who tries to act like the hip-hop star he has become. So he plunges into a world of bravado and after-parties, with their endless supply of drugs and women. The music struts (and flirts with crossover acceptance, a la OutKast or West); it flashes rock guitars ('Erase Me,' 'Mr. Rager') and samples indie-rock queen St. Vincent ('Maniac')."

*Susan Boyle, The Gift The Independent reviewed the Gift, saying "On Susan Boyle's second album, the balance between hymns and popular songs that characterised I Dreamed a Dream tilts more decisively churchwards, with a preponderance of carols now peppered with just a smattering of secular material, and an overly religiose tone applied to the likes of 'Perfect Day' and 'Hallelujah', songs at least partly written about heroin and orgasm, respectively." 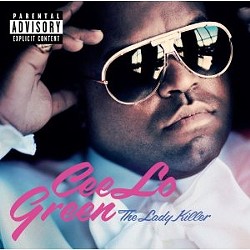 *Cee-Lo Green, The Lady Killer Culture Bully says of green's new record, "For those who are familiar with the man's work, The Lady Killer is hardly about to change your perspective of what Cee-Lo's capable of. His range is extensive, his ingenuity is plentiful, and his creativity is daunting--again, if you knew Cee Lo before The Lady Killer, this is all likely old news to you. But one of the more interesting aspects of the solo album--Cee Lo's third, and first since 2004′s Cee Lo Green... Is the Soul Machine--is that it's poised to once again rejuvenate the vocalist's perpetually acclaimed career. Over the past decade you'd be hard pressed to find a moment when Cee Lo wasn't succeeding, and this last statement isn't meant to imply that he's on his way back up after a period of downtime. Rather, it's simply to suggest that Cee-Lo Green is again doing something that so many artists have failed to do: take their talents in a new direction by expanding their range." Stream the Lady Killer in its entirety via NPR's First Listen.

*The official video for Cee-Lo's "Fuck You"

*Weekend, Sports Consequence of Sound reviewed Sports, saying, "it definitely brings you deep within the catacombs of your subconscious, and you might not necessarily like what you find. Regardless, it's a wild ride. Weekend's brand of noise rock may not be for the faint of heart, or the closed-minded music listener, but those of you who can appreciate a sound unfamiliar, bizarre, artful, and slightly fresh will come to appreciate Sports. (The jury's still out on whether or not this is a Huey Lewis homage). The sound may feel erratic, but this band's incredibly focused. Here's to next year's festival season, where they'll no doubt scare up some more hype." Stream Sports via NPR's First Listen. 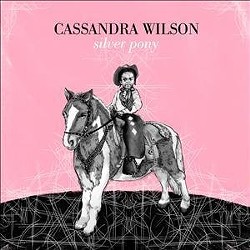