Ten Things To Do This Weekend: November 5-7 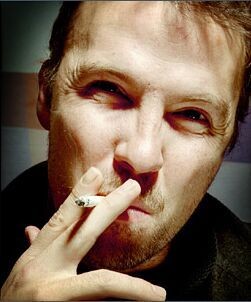 Lots to do (again) this weekend. See the music page for some ideas -- and below for many more!

Big George Brock @ Old Rock House The venue's "Listening Room" series continues with a set from the local blues legend, Big George Brock. 8:30 p.m. $5. 21-plus. The first 80 people who RSVP here get in free, however!

Saturday Doug Stanhope @ The Firebird Read our interview with the ribald comic over at Daily RFT. Then go see him at the Firebird. Your hangover won't thank us on Sunday. 9 p.m. $20.

JC Brooks & the Uptown Sound + The Sights at Euclid Records Both bands are performing on Saturday night at Off Broadway as part of the Beat 'n' Soul festival. That afternoon, however, both are taping Euclid Sessions; the Sights will be playing acoustically. Free. All-ages. JC Brooks: 3 p.m. The Sights 4 p.m.

Ladytron DJ set @ Sol Lounge Reuben Wu & Mira Aroyo of synthpop darlings Ladytron will be showing off their DJ skills at Sol Lounge. A performance by Lexington, Kentucky's The Chaotic Good, and DJ sets by Fractured and King Vague are also on the bill. Tickets here. Facebook event. 9 p.m. $15

Fantasy Four tribute sets/Bunnygrunt/Googolplexia @ Mangia Considered lost forever, the full-length album by long-defunct band the Fantasy Four -- the duo of Karen Ried and Scott Hermes -- is earning the reissue treatment courtesy of Pancake Production. This show features Bunnygrunt (Ried's current band), Googolplexia and other surprise guests playing their own music and playing Fantasy Four tribute sets. Incidentally, the album, Getting Fantastic With...THE FANTASY FOUR, has fifteen tracks and will be available at the show (and beyond). 10 p.m. Free

Kina Grannis @ Old Rock House Grannis was last in town as part of Lilith Fair back in July. Catching the smoky singer-songwriter in the cozy confines of the Old Rock House will allow her insightful lyrics to shine. Imaginary Friend is also on the bill. All-ages. 8 p.m. $12 in advance, $14 day of show. $2 minor surcharge.

Sunday: Genitorturers @ Fubar The industrial/metal/punk/electro demolition derby Genitorturers has been a band for two decades now, but is still going stong; the group released a new record, Blackheart Revolution, last year. Mary Magdalen, Soy City Strangers, Sons of Black Mass and Sinfinis are also on the bill. Doors at 7 p.m. $18 in advance, $20 day of show. Minor surcharge if under 21.

The Dive Poets @ Halo Bar Barenaked Ladies is sold out, but there's still music to be had: After the band's set, head to the Halo Bar for a show from local roots/modern rockers the Dive Poets. Free. 21-plus.