Ozzy Osbourne's DNA Map is In: He's Anxious and A Planner 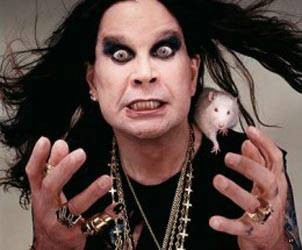 Over the summer, St. Louis-based Cofactor Genomics agreed to participate in a project to map and analyze Ozzy Osbourne's genes.

Now the results are in -- and certain mutations found in Ozzy's DNA may explain why he say, bit the head off a bat all those years ago. According to Jon Armstrong, chief marketing officer for Cofactor, Ozzy possesses two variants on a certain gene that cause him to be anxious, but also a planner.

"In general, he'll be afraid of heights, but at the same time, he'll go and walk along the edge of a cliff," says Armstrong. "He's also kind of anxious and somewhat insecure as well."

Another mutation on the Prince of Darkness' ADH4 gene makes him six times as likely to become addicted to alcohol, but also explains his unusually good ability to metabolize the substances.

Cofactor Genomics worked with KNOME and Life Technologies on the Ozzy project. (Life provided the technology, Cofactor ran the analysis and actual mapping, and KNOME interpreted the results). The London Times ran a column about the Ozzy DNA Map over the weekend (unfortunately, the story is behind a paywall), and the genome-mapping community is abuzz with conversation about it.

Armstrong says that the collaboration will not only heighten awareness of genome mapping and technology, but also add to the treasure chest of knowledge about how humans work. Compiling libraries of DNA sequences in databases can allow for closer study and understanding of human life. In fact, Armstrong says, future generations may not find it uncommon to undergo genome mapping.

"Medicine and the way that it's done will change and become more genetics-related in the next decade," he says. "At some point, going and having your genome sequenced at the doctor to find the best treatments will be as common as putting your card in an ATM machine. Ten years ago, you would write checks at the grocery stores because ATM machines were a new thing. Genome mapping is the same way: These technologies are emerging through our lives."

A team from Cofactor Genomics is currently in San Diego to present its findings at the TED Med conference.