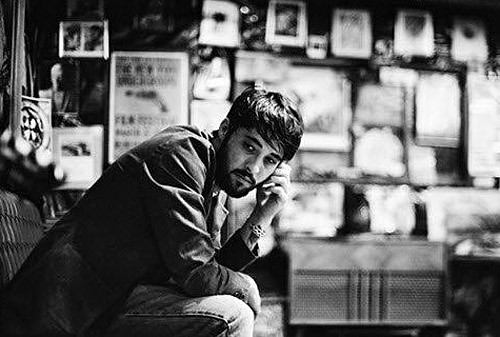 It was a dark and stormy night. That didn't deter a sold-out turnout for Ryan Bingham at the Old Rock House, despite the fact that the doors didn't open till 9 and Bingham and his backing band, the Dead Horses, didn't take the stage till 11:15.

Not yet 30, Bingham already has three albums under his belt, and he drew from all of them during a two-hour set that bounced like a bumpy ride on the prop plane that graces the cover of Junky Star (the most recent disc), from ballads to roadhouse stompers and back again. Appropriately, halfway through, the band -- Bingham on guitar, Corby Schaub on guitar and mandolin, Elijah Ford on bass and Matthew Smith on drums -- paused just long enough to do a shot apiece from plastic cups delivered from the bar.

Bingham is an increasingly skilled and ambitious songwriter, with a sharp eye for detail matched by a worldview that can be dark and at times desperate, though never maudlin. ("I hope everybody had a real good time," he says in "Ever Wonder Why," one of a pair of songs sung solo during his encore. "I hope I didn't bring you down/These ain't sad songs/So don't take 'em wrong/I haven't been home in a while.")

Slight and scruffy, he has a voice that's equal parts booze and cigarettes (both of which he supplies it with). Bingham comes by his Texas-ness honestly, having been brought up in border towns along the Rio Grande. He sings older than he looks, and he writes songs older than he is.

And his band is tighter than they have a right to be. Lyricism tells only half the story of Ryan Bingham & the Dead Horses. The rest is rock: loud, sharp-edged and guitar-driven.

This is a roadhouse band, and they don't let you forget it.

[Update: RFT contributor Roy Kasten has a review of the Bingham show up at kdhx.org. Kate McDaniel has photos here.]