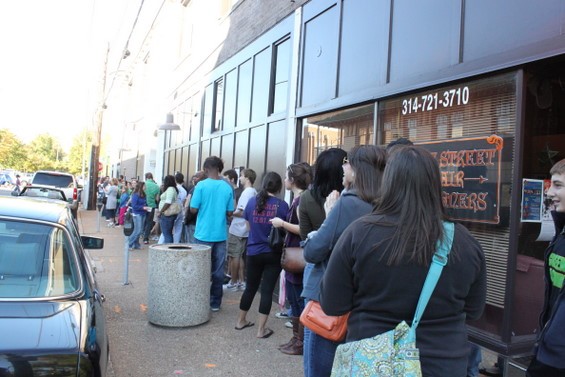 Nelly treated 200 lucky fans to a free show at Blueberry Hill's Duck Room on Friday, in conjunction with a ceremony celebrating his star on the St. Louis Walk of Fame. The hip-hop superstar is the youngest person to have his own star, and though it's been there for years, there was never an official induction ceremony .

The surprise performance and press conference wasn't announced until several hours before it was scheduled to begin. Fans lined up outside Blueberry Hill, trading stories about how they found out about the show. "We were going to go to the zoo. What if we had been at the zoo and missed this?! " remarked one particularly ecstatic Nelly enthusiast. "I'm never going to the zoo again, I'm not going anywhere near Forest Park ever again!"

The unannounced half-hour performance featured Nelly and the St. Lunatics. Fans were plied with Vitamin Water and a free buffet while they waited an hour and a half for them to take the stage. Though a Vevo representative repeatedly asked the audience to enjoy the performance without shooting video or taking pictures with their cell phones, no one obeyed his missive as soon as the music started.

They played all the major hits, from "Hot in Herre," "Ride Wit Me," "Move That Body" -- which is rumored to be the second single from the upcoming, November 16-released Nelly 5.0, and current hit "Just A Dream."

Check out more photos below. 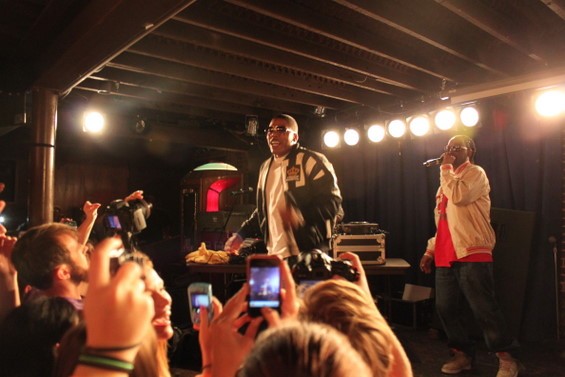 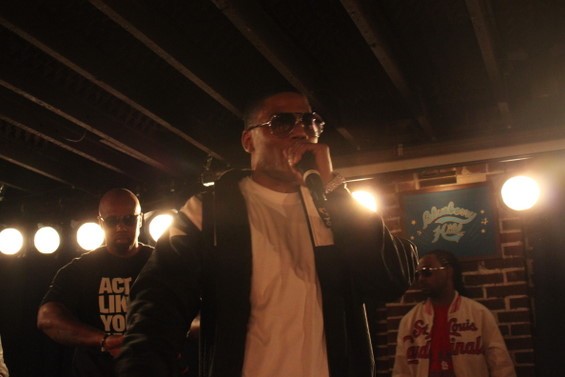 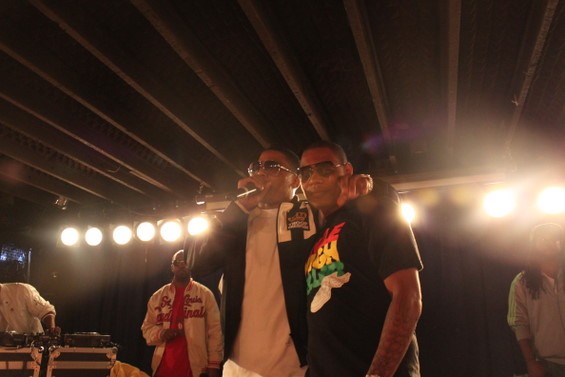