Tonight! The Red River vs. Times New Viking vs. Monahans 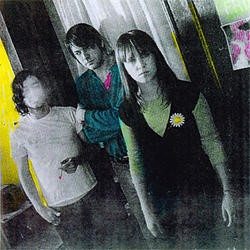 Yes, there's another day in the week after this one. But you should still go out tonight and see one of these bands. Your boss won't mind, right? And who does work on Friday, anyway?

*The Red River @ Lemp Neighborhood Arts Center. Why this band isn't huge yet is beyond me. The Portland-via-Long Beach, California band's album, Little Songs About the Big Picture, is full of small joys: rhythms pitter-pattering like a heartbeat, stately chamber-music arrangements, drive-by synthpop flashes, sincere harmonies. This is a fall album, suitable for playing while you huddle under a blanket for warmth. Fans of Lost in the Trees, Azure Ray and Luna will find much to like. Time: 8 p.m. Price: $5 Also on the bill: Dubb Nubb, Nathen Ponzar, Fragile Farm

Robert Plant, "The Only Sound That Matters":

*Monahans @ Off Broadway Austin's Monahans evolved out of the band Milton Mapes, who recently earned a huge honor when Robert Plant covered one of its songs on his latest LP, Band of Joy. (Hear "The Only Sound That Matters" above.) Monahans, meanwhile, is releasing a new song a month in 2010; September's effort, "Diamonds," is well worth your click. Time: 8 p.m. Price: 21-plus: $10, Under 21: $13 Also on the bill: Magnolia Summer, Doug Burr