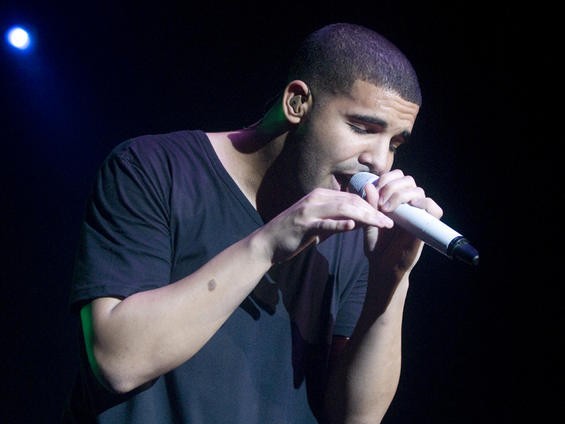 Anxious fans swarmed into the Fabulous Fox last night to watch Canadian rapper Drake perform in support of his platinum-selling debut, Thank Me Later. The majority of his fan base appears to be in the coveted 18-to-25 age demo, but teenagers, college kids and grown-ups alike all seemed amped to catch a glimpse of the rising star.

The opening act was a college rapper somewhat in the same vein as Asher Roth. Constantly repeating his tagline "My life is a party," G-Eazy spent almost every minute of his set rapping about "weed and bitches." His performance had plenty of energy, but both his material and his image were perhaps too contrived to be taken seriously.

Young Money Entertainment's Tyga took the stage in all black, wearing skinny jeans and Loc sunglasses. The California native played solo tracks such as "I'm So Raw," along with some of his more notable Young Money features such as "Loyalty." While flirting with some girls in the front row, he had the DJ play R. Kelly's "Bump 'n Grind" while he rapped some of the chorus, and it went over surprisingly well considering how young the crowd was. He closed with his verse from Chris Brown's "Deuces."

Following intermission, the stage was set up to accommodate Drake's five-piece band. Instead of the usual video screen in the background, there was an orb surrounded by LEDs. The effects were what you might expect to see: smoke, lights and lasers. Drake make effective use of the lighting by having the colors fit with the mood of whichever track he was playing at the time.

As the women in the room began to scream, the headliner started his set with "9 AM in Dallas," and quickly followed it up with the hit, "Forever." Although Drake left much of the singing up to the backing tracks, he had good command of the stage and his punch lines were delivered with wit and potency. The crowd was so into it that at one point, they had the entire balcony shaking like a YouTube disaster video waiting to happen.

Lil' Wayne's protégé made sure to acknowledge his incarcerated mentor by chanting "Free Weezy" throughout the evening. He went as far as to take video of the crowd, which he said was to "prove St. Louis still got love for him." After a disclaimer that she might get "touched or kissed on," Drake brought a girl from the audience to the stage. He kissed her on the neck and briefly danced with her before getting down to business: giving away a Blackberry on behalf of the tour's sponsor, AT&T.

Drake 's set included most of the songs from Thank Me Later ("Miss Me," "Find Your Love," "Fancy") as well as features such as Birdman's "Money to Blow" and Alicia Keys' "Fireworks." He included a tribute to Aaliyah, and closed with "Over" before going through the crowd giving shout-outs.