New Release Highlights for October 12: Antony and the Johnsons, Belle and Sebastian, Sufjan Stevens and Lil Wayne All Back With New Records

*Antony And The Johnsons, Swanlights NPR said of Antony's latest release, "If Hegarty's first few albums find him searching and pleading for acceptance and kindness, the new Swanlights feels like the tentative culmination of that mission: The first single, 'Thank You for Your Love,' expresses gratitude with a euphoric fervency signifying spiritual rebirth, while 'Ghost' purges demons and buries the past with the aid of a gorgeous string arrangement by Nico Muhly, as performed by the London Symphony Orchestra. Elsewhere, Swanlights disguises its catharsis in shrouds of gloom -- 'Everything is new, every sock and shoe / My face and your face, tenderly renewed,' Hegarty sings in 'Christina's Farm,' amid a funereal backdrop -- and even locates a spot to pass lead vocals to Bjork, in the alternately spare and jaunty 'Fletta.'" Stream the entire album via NPR's First Listen.

*"Thank You For Your Love" by Antony and the Johnsons

*Badly Drawn Boy, It's What I'm Thinking Part 1-Photographing Snowflakes The Guardian said of Snowflakes, "It's not laden with hits, but in songs like the title track and beautiful, hook-laden 'What Tomorrow Brings,' Chorlton's finest relocates the mojo that made everyone so excited in the first place. This story is far from over." Stream clips from the new album via Myspace Music.

*Belle And Sebastian, Write About Love Belle and Sebastian isn't just "sad bastard music" anymore, according to Consequence of Sound. "...when you listen to Write About Love, even the somber numbers have their tongues firmly in their cheeks. It is clear that the band of the '90s is long gone, perhaps through losing two members, Isobel Campbell and Stuart David, and probably as a side affect of getting older with a fair amount of financial security. Most notable is that they just don't seem sad at all anymore." Stream the album in its entirety via NPR's First Listen. After you pick up the album, make sure to hold on to the code inside - it gives you access to a contest, the prize of which is a day with Stuart Murdoch who will then write a song about you and record it for a 7" Belle and Sebastian will release. Amazing.

*"I Didn't See it Coming" by Belle and Sebastian 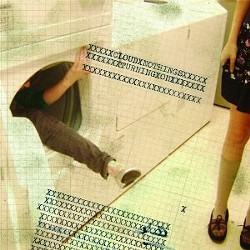 *Cloud Nothings Turning On Stream some songs from Turning On via Myspace.

*The Foreign Exchange, Authenticity Soul Tracks says of Authenticity, "Wistful, contemplative, and darkly honest, what Authenticity loses in the humor and haunting refrains of its predecessor it gains in...well...authenticity! Leave It All Behind, one of the best albums of any generation, was always going to be a tough act for the North Carolina meets The Netherlands collective to follow. The good news is that The Foreign Exchange production quality, feel, and signature sound of LIAB bleeds over into Authenticity with enough residue that ensures the two are undeniably in relationship with one another, if not always peers." Stream the entire album here.

*Idlewild, Post Electric Blues "Post Electric Blues is by no stretch of the imagination a revelation; there are very few surprises to be found. Perhaps performing all their albums in their entirety last year afforded Idlewild a greater perspective of their back catalogue, because this is the sound of a band who now recognise their strengths and know how to play to them. For a band whose frequent line-up changes repeatedly threaten to leave them at an impasse, Post Electric Blues is a testament to Idlewild's stylistic and thematic consistency, while standing head and shoulders above the two albums which preceded it, if not quite equalling their career highs," says a Drowned In Sound review. Stream a few tracks from Post Electric Blues via Myspace. 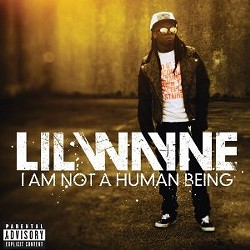 *Lil Wayne, I Am Not A Human Being Listen to two tracks from Weezy's new album here.

*The Orb featuring David Gilmour, Metallic Spheres "The Orb have never hidden their art-rock leanings. Their debut album, released in 1991, was a double-vinyl epic entitled, with a knowing nod to the bongs-and-blacklights crowd, Adventures Beyond the Ultraworld. Despite being marketed as house music, Ultraworld was really designed to flow like those spacey prog-song suites that so captivated stoned 70s kids who gorged on sci-fi novels. (The Orb just ditched the "songs" part of the suite equation.) And though the rhythms on the new Metallic Spheres occasionally recall techno and hip-hop and other more recent inventions, this albums sounds a hell of a lot like it could have been playing in a planetarium circa 1974." - Pitchfork

*Sufjan Stevens, The Age Of Adz "It's hard to describe The Age of Adz's contents without making it sound deeply offputing. The finale, Impossible Soul, lasts 25 minutes. I Want to Be Well arrives riven with intimations both of coming apocalypse and of the singer's own precarious mental state: whether Stevens is singing about himself or playing a role based on the schizophrenic outsider artist Royal Robertson, from whose work the album takes its title, is a moot point. Get Real Get Right features military drums, seasick, discordant electronics, massed backing vocals and a lyric in which snake-skinned aliens descend from the skies, and Stevens locks himself in the toilet before erupting in religious fervour: "I must do the right thing! Get right with the Lord!" On paper, it looks a little abandon-hope-all-who-enter-here, but the reality is rather different," says a Guardian review. Stream the entire album via NPR's First Listen.

*Yann Tiersen, Dust Lane Tiersen is perhaps most recognized for composing the Amélie soundtrack. Stream a few tracks from his new album via Myspace.

*Dar Williams, Many Great Companions Some tracks from the new album are streaming via Myspace.

*You, Me, And Everyone We Know, Some Things Don't Wash Out Stream the new album via Myspace.