Paul Oakenfold, the world's most successful DJ, will play Europe Nightclub November 18, as B & W Productions confirmed in an exclusive interview with RFT this morning.

"The good thing about Oakenfold, he attracts people who have been in the club scene for a long time, and he always brings somebody hot with him," B&W Productions owner Amin Mohabbat says. This time around, the Big O is bringing international flavor, with South American electro DJ/producer Chuckie, along fellow Brit Nervo and the Lord of St. Louis House DJs, Rob Lemon.

"He's got a big hit out and he's really hot right now...There are a lot of people who are excited about him," Mohabbat said of Chuckie. 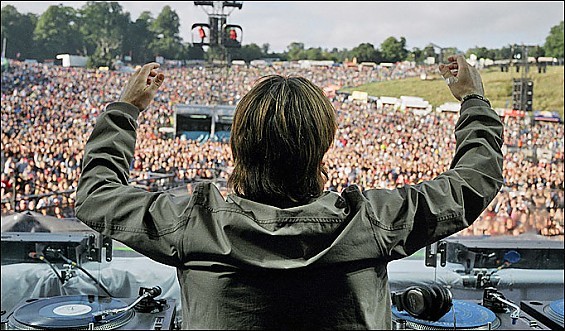 Oakenfold hasn't been to St. Louis in six years. He was planning a show at Home Nightclub, but when Home Nightclub suddenly closed in August, Mohabbat had to find a suitable new spot for such a major show.

"They've got a great sound system, and a good room; there's the upper mezzanine looking down on the dance floor, so it's set up really well," Mohabbat says. "The owner is really excited, and he's making some adjustments, like moving the DJ booth to a better location. We're going to bring in so much sound. The lighting is great. It's got a Dante's kind of feel which a lot of people miss. It had a really good vibe, it's got super tall ceilings like Dante's, and it's downtown. I think it has all the elements that people are looking for.

"Danceheads are really about the vibe, which was one thing that was hard to achieve in a corporate, Home-type environment. When you go to Home thirty minutes away, you have to watch what you drink because you can't drive; it was tougher to get there."

There's a big misconception about Europe Nightclub, Mohabbat says. It's not the Europe from a few years back: The owner is the same, but it's a different space.

"A lot of people think it's the same place. It's nothing like the other one; this is a brand new room. 80 percent of people that will be at Ferry Corsten" -- another big timer on the DJ circuit, who plays Europe on October 15 -- "have never been to this room. It'll be a new place for them which is the exciting part.

"The good thing is, we don't have any neighbors really so we can be pretty loud."

You read it hear first.

Fiesta! This Just In