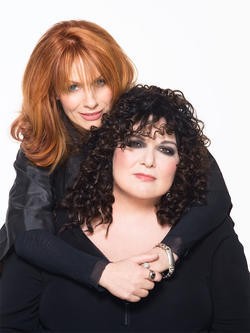 It's Labor Day weekend, the last "real" weekend of summer. Don't let it get away from you.

Friday: NewPop II Opening at Hoffman LaChance/After-Party at HandleBar Stan Chisholm, recent RFT Mastermind winner, is unveiling two solo shows at once this weekend. NewPop I opens at 1 p.m. on Sunday at the St. Louis Artists Guild, while NewPop II opens at 6 p.m. tonight at Hoffman LaChance Contemporary (2713 Sutton Boulevard). After tonight's festivities, head to the after-party, which is happening at the Grove's new bar HandleBar (4127 Manchester). 18andcounting (Chisholm's music alterego) and DJ Matthew Leach are on the decks.

Big Smith at North 40 Not much is known yet about North 40, a new club on the Landing where Nelly's Skybox used to be. But tonight, it's hosting a performance by Springfield, Missouri Americana, specialists Big Smith. $8.

All Schools Class Reunion at the Ambassador Put aside high school rivalries and pride in the name of music tonight: Old-schoolers Kool Moe Dee, Michel'le and Yo Yo are performing. The doors open at 7 p.m. and things get rolling at 10 p.m. Tickets are $20 in advance. Michel'le, "Something In My Heart"

Saturday: Heart at Family Arena Speaking of heart: The rock goddesses are doing a headlining show in support of the new Red Velvet Car. My preview this week says: "At last year's Illinois State Fair appearance, Heart proved yet again why it's an unstoppable musical force. Guitarist Nancy Wilson, forever an underappreciated talent, shredded like a metal god -- even when playing an acoustic -- while sister Ann was a tornadic presence demolishing the high notes on "Crazy On You" and a cover of the Who's "Love, Reign O'er Me." Attendees beware: The show starts at 7 p.m.

Big Muddy Blues Festival on Laclede's Landing Booker T. is the headliner of the first day of the fifteenth annual Big Muddy Blues Festival. (Magic Slim and the Teardrops headlines day two, Sunday.) But the event's lineup is stacked with talent: Moreland and Arbuckle, Nick Curran and the Lowlifes and Eric "Guitar" Davis & the Troublemakers, along with locals such as Marquise Knox and Kim Massie. The music starts at 1 p.m. both days, and Big Muddy is free.

Balmorhea at the Firebird Roy Kasten sums up the Austin band thusly: "Balmorhea succeeds where Emerson, Lake and Palmer and the Moody Blues failed. That diseased dream of fusing two antithetical genres -- classical and rock -- has crippled every other proggy project since "Nights in White Satin" made the London Festival Orchestra a boomer household name. Balmorhea founders Rob Lowe and Michael Muller ditch lyrics, and consequently skirt pretension, though when you're composing songs like "Bowsprit" -- a pastiche of banjo, Glassian strings and chain-gang percussion -- you're not going to win over the Lemmy Kilmisters of the world." The show's at 9 p.m. and tickets are $8 for those over 21, $10 for those under. Melanie Fiona at the Ambassador Soul upstart Melanie Fiona has opened for Alicia Keys -- and now she's playing a (relatively) intimate St. Louis show. The concert is free with a donation of a bookbag or school supplies, $10 without.

Sunday: 117 Days at the Pageant Catch up with old friends and hear what some old faves are up to with this low-dough Pageant show. $7 in advance ($10 day of show) gets you performances from Shooting with Annie, Upright Animals, Javier Mendoza, the American Professionals and Dawn Weber & The Electro Funk Assembly. The show starts at 8 p.m.

Deas Vail at Off Broadway Deas Vail opened for Owl City at the Pageant in May and played at Off Broadway in June. Before that show, we scribbled: "The atmospheric indie-rock quintet is practically overloaded with talent. Frontman Wes Blaylock delivers positively ethereal vocals -- think Copeland's Aaron Marsh -- and the group's been on the road nonstop since the release of their third album, Birds & Cages, this past January." This show's at 7:30, and tickets are $10 to $12.