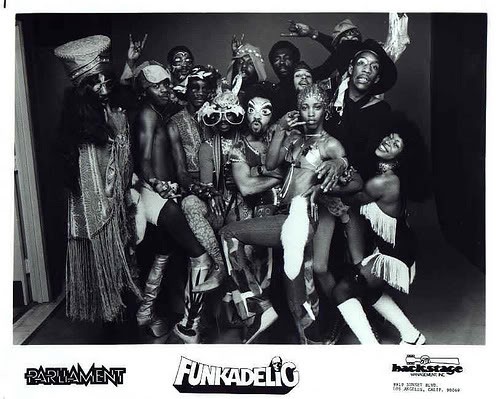 The first-ever St. Louis Super Music Fest (slated to be an annual event) took place last night at the Chaifetz Arena, and fans couldn't wait to get funked up. The majority of the crowd was over 40; however a respectable showing of 20- and 30-somethings came out to watch a lineup of musical legends and pioneers from another era. Thanks to this weekends' Missouri Black Expo, there were even a few celebrities in attendance: Louis Gossett Jr. and Pam Grier were present (and often shaking hands and taking pictures during the intermissions), and Melvin Van Peebles was also said to have been in the audience. While most of the crowd was conservatively dressed, a select few went the extra mile with disco-era dresses, afro wigs and psychedelic shades.

First on the bill was the Zapp Band, featuring Terry "Zapp" Troutman as the front man (as he has been since Roger Troutman's death in 1999). Zapp sang lead on most of their songs, using a "talk box" to achieve the group's signature sound. (If you're under 20, think T-Pain.) Rather than costumes, the band all wore suits - including the harmonica player, whose glow-in-the-dark number was revealed during his solo on "Doo Wah Ditty." They performed their most notable hits, including "Computer Love," "I Want to be your Man" and "More Bounce to the Ounce." The encore was a mix of both versions of 2Pac's "California Love."

Following a long intermission and an enthusiastic solo on the biggest drum kit I've ever seen, Cameo took the stage. After over three decades of performing live, the group still had stage presence to spare: As was the case with Zapp, the emphasis was on showmanship. The members of Cameo played a much bigger role in the performance than simply playing their instruments; practically everybody sang, and there were plenty of old-school dips and slides in the choreography. The guitarist (who also sang a mean falsetto) wore a cape and a crown, and vocalist Larry Blackmon wore a trademark codpiece to match his red-sequined hat. Their set included the hits "Single Life," "Candy" and "Word Up."

Next up was former Rick James protégé Teena Marie. "Lady T" immediately had the women in the audience on their feet with "Déjà Vu," followed by the Mary Jane Girls hit "In My House." Teena's super-soothing voice sounded amazing live; her performance was a definite show-stealer. The songstress also played guitar and percussion at different times during her set, which included "Lovergirl," "Square Biz" and "Portuguese Love." She also paid tribute to the late Rick James, singing "Give it to Me" and an emotional rendition of the duet "Fire and Desire."

Expectations were running high in anticipation of the headlining act, but unfortunately, George Clinton and the P-Funk All-Stars weren't able to meet them. Through no fault of its own, the group was plagued with sound issues from the moment it took the stage - rendering Clinton himself more-or-less inaudible for the entire set and causing some of the audience to walk out early. About halfway through, he appeared to give up on his microphone and 'conduct' the fans instead. Audio problems aside, the large crowd onstage looked unrehearsed and the setlist was less-than-stellar. Extended arrangements of "Flashlight," "Atomic Dog" and "Knee Deep" took up so much time that no other Parliament songs made the cut.

It was a rather unceremonious ending to an otherwise incredible concert. Hopefully next year no one will be caught so apparently unprepared.