Ten Things to Do If You're Not Going to LouFest

So, chances are you're going to LouFest this weekend. (Have you read our coverage yet? Go! Do it!) But if you aren't, there's plenty to do this weekend. Read on:

1. St. Louis Bluesweek Festival; steps of the Peabody Opera House The inaugural St. Louis Bluesweek kicks into high gear with a two-day mini-festival featuring several different jam sessions -- from an Albert King tribute, a "Harp (e.g. harmonica) Attack" and a blues & soul revue to a showcase of guitar masters and a jam session called "Stomp 'Em Down to the Bricks" that features Brian Henneman, Dade Farrar, Kip Loui, John Horton (and many more). Check out a full schedule here. (Free, with a $5 suggested donation; 5 p.m. Friday and 3 p.m. Saturday)

3. Kevin Seconds at Fubar The 7 Seconds frontman does his solo thing. Says our preview: He'll be "delivering fast-paced folk ballads and acoustic punk anthems. And while he may have traded in his preaching, urgent scream for a more trained, sing-song voice, he certainly hasn't lost his penchant for writing about sincere life lessons laced with sneering veracity." ($10; 9 p.m. Saturday)

4. Paul F. Tompkins at the Firebird The comedian is a vet of Best Week Ever and WFMU's legendary The Best Show on WFMU, as well as more podcasts and movies than you can count. (9 p.m. Saturday, $20) 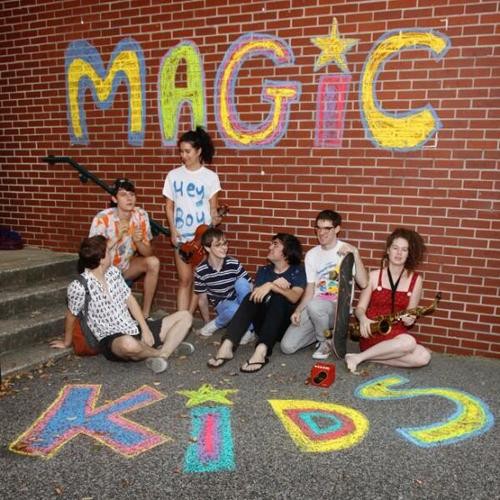 6. Ellen Cook/Dave Hagerty Memorial Fund Benefit, Off Broadway As we noted last week, this benefit for Ellen Cook and the Dave Hagerty Memorial Fund is a who's-who of local talent. "Jason Hutto's new band Warm Jets USA will perform, alongside Beth Bombara and Paul H. Alpert. Additionally, the benefit show will feature a reunion of sorts for Rats & People, as the band temporarily sets aside its silent movie scores and performs songs from its highly literate folk-punk past." Theodore is also on the bill. (9 p.m. Saturday; suggested donation $10)

9. Magic Kids at Vintage Vinyl The jaunty indie band is at the Firebird on Wednesday, November 17, but you can catch a free show from the group at Vintage Vinyl. Stream the band's new album, Memphis, over at Spinner; fans of Belle and Sebastian and latter-day Teenage Fanclub will adore the falsetto vocals, syruphy harmonies and twinkly sunshine. (Free; 6 p.m. Sunday)

10. Drag the River and Cory Branan, The Firebird A St. Louis twang-rock favorite returns with singer-songwriter Cory Branan in tow. It's the end of the weekend; console yourself with whiskey and sad-sack songs. (8 p.m. Sunday; $8 to $10)