Last Collector Standing: Jean Haffner of the Record Exchange on Audiophiles and His Near-Miss Playing with Buddy Holly

Jean Haffner is the owner of a St. Louis institution: The Record Exchange. A literal library building full of cataloged LPs, the record store is a perfect place to get lost in the experience of vinyl. We caught up with him late one August afternoon -- and in between ringing out customers and listening to Sweet and Joan Jett on the store speakers, we chatted about audiophiles, High Fidelityand a missed chance at playing with Buddy Holly.

Last Collector Standing: There has been a lot of debate lately as to whether vinyl is making a comeback for a younger generation. Given your experience, would you agree that vinyl is making a comeback? Jean Haffner: Based on my customer base, which ranges anywhere from teenagers to retirees, I would say yes. The younger generation is learning about vinyl, and they're realizing it's still the best sound. With vinyl, if you have a good record, good system and good ears, you get the full sound. You don't get the full sound on CDs. You get a sampling [of the] sound. The audiophiles for years they never did go for CDs because they realized it wasn't the best sound. Vinyl survived because of the sound it gives, and even the younger generation realized that.

Vinyl has its problems. It gets dirty. It gets cracked. It gets scratched. But if you have a good record, a good system, and a good machine to play it with, it's still the best sound.

Is vinyl your preferred format of listening to music? Well, it's always been my preferred format, and it always will be for that reason. CDs are convenient. I do play CDs in the store -- don't get me wrong. I still prefer the vinyl sound. It's a warmer sound, a truer sound and a much richer sound than CDs. CDs are dead and quiet. Some people like that, but I didn't grow up with that, so I don't. 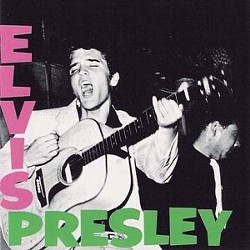 How did you get into the record business? My dad told me to go get a college degree and then go find the biggest company I could find to work for. I did that, but then after working for the big company and the military for about eight years, I asked myself who I was really working for: myself or my dad. I was working for my dad. I was making a lot of money, but I wasn't very happy. It was very competitive, and I wasn't having very much fun. So I decided to fall back on my hobby, which was records, and make a business out of it. I'd never owned anything used in my life at that point of time. I figured I'd be disowned for doing it and probably was.

My dad said he was disappointed in me for giving up a career. I opened my first store in 1976. About 1fifteen years into the business, after I'd sold millions of dollars worth of records, he gave me the biggest compliment he ever gave me. He said he thought I might make it. [ Laughs]

It's been fun since. I'd do it again.

So your hobby before starting the store was collecting vinyl? I didn't ever really consider myself a collector. I bought music. In high school, I was the record guy. I took all my records to parties and wrote my name on them three times so I didn't lose them. I don't know why I wrote it three times. I was always the record guy.

How did you get into music? I always liked music. I never was a trained musician, but I played drums in a rock & roll band. I couldn't play guitar. I wasn't taught and didn't have the patience to learn. As a matter of fact, I bought a guitar when Elvis and Ricky Nelson came out and decided right off the bat that I couldn't play it. So I just turned it around and started beating on the back of it and thought, "Well, I should get me some drums."

I grew up with '50s and '60s rock & roll. That's what I know best, and that's what got me into this business, but I like all categories of music in moderation.

Do you think rock & roll has survived the transition from records to digital music? I think it has, but the newer methods of music as far as technology is concerned, some of the later generations don't know what vinyl really was. I think there is a certain category of people who are getting into it now, but some of the younger generation I don't think ever will know about it. They grew up with iPods. There is just a total difference of sound quality with iPods or vinyl. They never experience vinyl so they will never know, unless they make an effort to know.

What's your favorite record of all time? John Lennon's Imagine. I like what it says.

Is it true that Record Exchange use to be a library before it was a record store? The building, yes. It used to be City Library.

How does it feel to own a library building full of records?

When I bought the building I thought, "This place is huge. I'll never fill it." But I was not able to move everything in. I had nine stores at one time, so I just had too much stuff. Even thought this is a big building, it's never been big enough.

Do you currently have a personal collection of vinyl? This is it. You're looking at it [gestures hands through store]. If you went to my house, you wouldn't know I was in the business. I live this day in and day out but I don't take it home with me.

Do you collect anything else in your personal time? Nope. I have a family. I have a dog, my daughter, and my wife. That's it... not necessarily in that order. [ Laughs]

What's the strangest experience you've ever had working at a record store? I could write a book in that category. That's a daily occurrence. I don't know if you ever saw the movie High Fidelity. Well, all the characters in that movie come in here daily. You can imagine then what it's like to work here. [Laughs]

If a young kid walked in who never bought a record before what would be your advice as to why it is worth owning a vinyl album? Basically, it's the same thing I said when we started: Vinyl is still the best format because you get the fullest sound. If he didn't realize that, I'd play it for him and let him listen and hopefully he would be able to discern the difference. Some people can. Some people can't. I think I can tell the difference if I hear something on the radio whether it's coming from vinyl or CD.

In the long run if you keep a record in the right conditions it will last forever, whereas a CD is a laminated product. It will probably separate over time. It amazes me sometimes to play an old 78 that's one hundred years old. If it's in good shape, it will sound as good now as it did when it was new. It amazes me. That's technology in reverse.