Ted Ryan is a music fan who treasures the mom & pop record store experience. For much of his youth, the Kirkwood native could be found chatting with different record store associates about town. (Fittingly, the first time I met Ryan, he was a complete stranger who kindly chatted with me at an in-store performance by Old 97's at Vintage Vinyl.) It comes as no surprise then that Ryan now finds himself behind the counter at Euclid Records sharing his love of oddball alt-country with St. Louis. We conveniently met at his apartment, located almost directly across the street from the RFT offices, where he showed off his Hot Rod record collection and discussed the legacy of Hank Williams and Ace of Base.

Last Collector Standing: Having just got off work at Euclid, what was the last album you remembering selling today? Ted Ryan: As I was leaving someone came up with a bunch of 78s, which is fairly rare. He had to run to his car to get some money, but it's really rare to sell 78s. There was a guy who bought the Red Hot Chili Peppers. He looked like your typical jazz-head, but came up with the Chili Peppers. That was a hoot!

When did you get into music? My first music memory is singing "My Baby Does the Hanky-Panky" with my mom in the car. I remember watching MTV and the Dire Straits video for "Money For Nothing" [came on]. Those were somewhat cool [memories]. As I first started buying tapes it was mainstream. I had MC Hammer. Even in fourth grade it was dorky to have Ace of Base, but I still had the Ace of Base tape.

You're the first to admit to having Ace of Base. [Laughs) I was debating mentioning that. 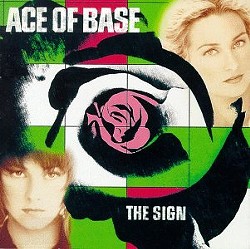 So you started listening to other genres besides Top 40 music? Yeah. [The Blues Brothers] was something that piqued my interest. There was something more obscure about it, and it was just excellent music. I loved the movie and the way it related to the tunes.

How old were you when you were listening to this? I remember I was in elementary school because I had a rated-R movie and they used the word fuck in it a bunch of times. It was like, "Man, I've got an rated R movie." It wasn't gory. They just used dirty words. After watching it years later I'm getting a lot more out of the jokes, but at the same time, I've always dug the music. Originally I enjoyed the movie, but then as I re-watched it I realized, "Oh, that's Aretha Franklin. That's John Lee Hooker."

After seeing The Blues Brothers, did it inspire you to go out and buy records or CDs of those artists? It was a little while after that, actually. For a long time I just listened to the same Blues Brothers soundtrack over and over. Eventually, I started veering off. I started seeing different names I had seen on the soundtrack, so I would get a Fats Domino record. I remember getting an Elmore James box set. Not only was I listening to the music and enjoying the songs, but it had a booklet [so] that I could read a little more about him. I slowly got more into the blues, but I'm still kind of a novice.

Where were you buying blues music? Usually, I'd go to Streetside on Watson, which was near my house. When I got into high school and would get a paycheck, I would hit the Watson Streetside and Now Hear This on Kirkwood Road. It sort of became a Friday night ritual. I would get an Imo's pizza and pick it up early so I could go see Tom at Now Hear This. I found out what he had in new and would chat with him. Tom at Now Hear This was the first person I clicked with. It was the independent record store "feeling," where I could go in and talk to him and he would tell me what's new. He would tell me what different people where diggin'. If I liked something, he would recommend different things.

How important was talking to a record store employee in forming your musical taste? It was pretty big. I like to surround myself with people who know a whole lot more about music than I do, because that's where I find most of my favorite tunes. Like talking to Tom at Now Hear This or Jim at Streetside on Watson, even people I bumped into at stores flipping through CDs.

Have you ever had that same experience online, or do you like the human interaction better? I like the interaction better. Though I do remember I would read a review in Rolling Stone, [then] I would go and listen to it [online] and they would have little blurbs -- "people who like this band also like these bands." That was helpful, but it was still staring at a screen. It wasn't talking to the actual people. If you're talking to a guy at the store, he's usually got an anecdote about something he really likes about the band, or something unique where it's not just "title, band." There is a lot more give and take.

When did you start buying vinyl records? It's newer. I've always enjoyed [records]. My first vinyl experience was when I was young [my family] would walk our dog at the end of the evening. If it was a rainy night, and we couldn't walk the dog, we would stay in and have a dance night. My parents had a turntable and we would listen to Earth, Wind and Fire, and Commander Cody. Looking back, it probably was my brother and I spazzing out in the living room.

As I started working at Euclid Records there was more access to it, and it became something I was intrigued by. Why embrace vinyl records now? I guess it's just the experience I enjoy. I've been collecting music and CDs for a long time. I always wanted to veer into vinyl, but I didn't have the money to get a turntable and start this new collection process. When I started working at Euclid, I borrowed my parents' turntable and brought it over to my apartment. It's a different experience. A lot of times I'll pop in a CD, and I'll be doing different things. Then when I put on a record, it's the act of actually sliding it out. It's bigger. I sit down and read a little more about it. "Who are the members of this band? What's the story?" I've never really thought about this until last year, but when you get a CD, each disc is its own unique thing. With vinyl you know the [individual] labels that [artist] are on.

It's more intimate than popping in a CD. You pay attention, and you have to flip it. You can just pop it in the CD player, and you have five CDs that change. Maybe you appreciate the entirety of an album a little bit more. It's more interactive, and you notice when it's over because it gets quiet.

Now that you're a record store clerk, what would you say your area of expertise is? I like to think I know a fair amount about a lot of different genres. Most of the stuff I collect is alt-country type music. A couple of years ago I got really into older country. I still don't know gobs about it. I started listening to more Hank Williams and Bill Monroe.

Bill Monroe has a song called "Blue Moon in Kentucky." I feel like every day of my life it's in my head for at least two hours. I never saw myself as being a country fan. I remember at one point people giving me crap for going to Indiana University and being a Hoosier. I've always been kind of a city sissy kid, but I came back and liked Pabst Blue Ribbon and Hank Williams music. I'm sure I'd heard his music before but one day I guess I sat down and really listened to "I'm So Lonesome I Could Cry." I really got into him.

In liking old country music, is there any part of the music's appeal that comes specifically from the vinyl album? Do you think that genre of music translates as well on digital? A lot of people say they like vinyl because it has those pops and scratches. There is something about that rickety old sound... (pause)

For instance, when Hank Williams recorded "I'm So Lonesome I Could Cry," that was before people had even conceived of digital. Is there something special about listening to it the way he had to record it at the time? It does seem odd to think of downloading Hank Williams. You think of him driving his Cadillac down old dark roads, and playing different juke joints. To think that you can hop on iTunes with a bright white screen and double click it, it's not the same. I think it reflects the music if you put the record on.

How would you describe your personal collection?

My collection is all over the place. A lot of the albums I pick up are things I initially don't know a lot about but will have a hokey cover or something really campy about it. I was showing you a lot of my different hot rod albums. I didn't know there were so many hot rod albums out there with dragster sound effects.

Would you say you might have one of the largest hot rod album collections? Of anyone I know, yeah. (Laughs) It's a work in progress.

A lot of times with the hot rod records or with the country records, I won't know the [artist] but it's sort of like judging a book by its cover. I'll see a guy in a Stetson on the cover, or somebody with big hair. "That's a proper country singer."

One of the [records] I never expected to find was a Colonel Sanders Christmas album. That was definitely a hoot. I actually have never listened to the thing all the way through. I'm not a big Christmas music listener, but come Christmas time that one is definitely going up in a frame on the wall. I never expected to see Colonel Sanders falling asleep in a Santa cap with a bucket of chicken next to the fireplace. (Laughs)

I may not be the last collector standing, but I'm getting up and hopefully will be standing for a while longer.