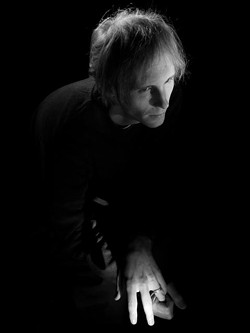 DJ Skeletal (a.k.a. Joel Lovins) has been the go-to guy for industrial and gothic music in River City for a decade, and tonight he's celebrating ten years on the scene with an anniversary blow-out at The Complex. Lovins started the website St. Louis Gothic ten years ago. to be a community resource and hub for information, because he was tired of going to industrial and gothic shows with fifteen people in attendance.

Playing the anniversary party will be the Twilight Garden, which is Todd Loomis, who has worked with the prolific industrial outfit Velvet Acid Christ. Strap On Halo, an industrial trio from Omaha, is also performing; DJ Forensic of Anth3m will be on the decks. Skeletal paraphrased a critic's assessment of Twilight Garden, describing it as "Disentegration-era Cure with more electronics. It's very much late '80s, gloomy, dark, atmospheric, and danceable I would say; definitely not like the more house-y industrial."

Rapture, the weekly industrial/goth night at the Complex, is coming up on its fifth anniversary as well. The night started at the Upstairs Lounge and moved to Dante's, but has been at Complex for the past year and a half.

Although Lovins notes that the Rapture crowd sports gothic fashion -- "We've definitely got a lot more of the gothic crowd as far as what you'll see people wearing. You'll have the girls in the corsets, the guys in the bondage pants and whatnot" -- the night's playlist isn't narrow; EBM, IDM and synthpop are well represented as well.

Accordingly, Skeletal says the industrial scene in St. Louis is more forgiving than those in larger markets.

"I don't think we're as exclusive as some other cities might be," he says. "There are scenes in places like LA and Chicago where people tend to be a little more elitist. We don't slap a dress code on you, and if you don't smoke the certain type of clove cigarettes--we encourage people to come out and take part, but it's not like the old days where if you didn't look a certain way people were going to snub you. We encourage people to come out and be themselves. But you're still going to hear Depeche Mode and The Cure."