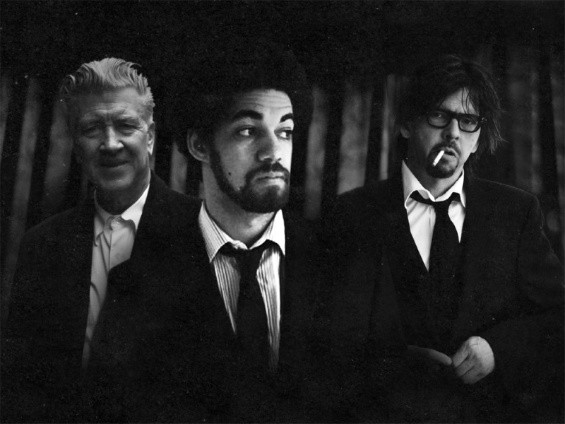 Last spring, the late Mark Linkous (a.k.a. the man behind Sparklehorse) attempted to release what would be one of his final projects, Dark Night of the Soul. The album was a collaboration between Linkous and infamous musician/producer, Danger Mouse. The idea came to them when working together on Sparklehorse's Dreamt for Light Years in the Belly of a Mountain in 2006.

According to NPR, Linkous was uncomfortable singing most of the tracks that he'd written, so Brian Burton (a.k.a. Danger Mouse) suggested they invite other artists to sing the tracks for him.

The result was a star-studded recording, featuring vocal tracks from the likes of the Flaming Lips, Iggy Pop, David Lynch and the late Vic Chesnutt (to whom the project is also dedicated).

Initially, EMI had a conflict with Danger Mouse and refused to release the album. David Lynch had taken an interest in the project, and he created a series of photographs inspired by the album. In lieu of a formal release, it was decided to release the photographs as a book and include a blank CD so the album (which had since leaked) could be downloaded and burned.

Since this informal release, negotiations between Danger Mouse and EMI have continued, and a CD and LP release date was scheduled for last week.

This change of heart could largely be due to sympathy inspired by Mark Linkous' recent suicide.