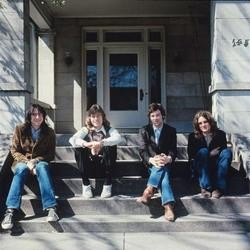 Sad news to report: Original Big Star bassist Andy Hummel of has passed away, according to dfw.com. He was 59. (Posies -- and Big Star -- member Ken Stringfellow also broke the news a few hours ago on Twitter.) DFW.com's Preston Jones confirmed the news with Ardent Studios' founder, John Fry; Big Star recorded at the legendary Memphis studio. In March, Big Star's Alex Chilton died several days before a performance at SXSW, and Hummel performed at the subsequent tribute.

Off Broadway has already been planning to host a Big Star tribute of its own on Friday, September 24, called September Gurls and Boys: A KHDX Benefit Tribute to Alex Chilton & Big Star. Sadly, they'll now have to expand the scope of the event.