*Korn, Korn III: Remember Who You Are Mikael Wood explains in a Spin review of Remember Who You Are, "Korn go back to nü-metal basics on the aptly titled Remember Who You Are, which was produced by rap-rock OG Ross Robinson. Remarkably, a decade and a half of weird-kid worship hasn't brightened frontman Jonathan Davis' outlook; "I always get fucked in the end!" he howls rather definitively in "Fear Is a Place to Live." Listen to "Oildale," the first single from the new album, here. 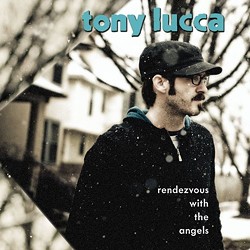 *Tony Lucca, Rendezvous With The Angels A Roundtable Online review explains, "Much like a fine wine, singer-songwriter Tony Lucca only gets better with age. The singer takes fans on a journey through the next phase of his life on his sixth studio album, Rendezvous With The Angels, as he grows into the role of loving husband and adoring father. Gone are the days of the self-pitying, woe-is-me wanderer in favor of a more mature, inspired raconteur." Check out clips from his new album here.

*The Maine, Black & White Listen to "Growing Up," the first single off the Maine's new album, here.

*M.I.A., Maya M.I.A.'s new release has been met by mixed-to-bad reviews by critics. Pitchfork gave it a 4.4 rating, saying, "It's hard to tell whether /\/\/\Y/\ is half-assed or half-baked. There are certainly a number of good ideas in the mix here, but the execution is lacking. Tracks like "Story to Be Told", "Lovealot", and "Teqkilla" come across like mildly promising demos ready to be edited into sleeker, stronger compositions. Lead single "XXXO" sounds unfinished, as if everyone involved figured they may as well wait around for someone else to make a better remix. Most of the songs are built out of digital clangs and electronic noise, but unlike Kala's "Bird Flu", in which chaotic clatter was the basis for a brilliant track evoking panic and confusion, this cacophony doesn't signify much of anything, aside from perhaps a desire to seem confrontational and daring." Listen to Maya in its entirety here. 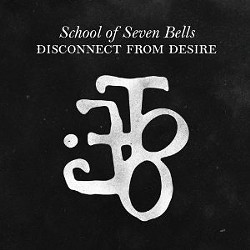 *School Of Seven Bells, Disconnect From Desire In a Chromewaves review, Frank Yang explains,"The key facets of the Seven Bells sound - which is to say the gorgeous vocals and harmonies of the Deheza sisters and the guitars of Benjamin Curtis cutting through the meticulously programmed beats and textures - are wholly intact and even more refined than on their debut, but delivered with a sleekness that was only invoked only sparingly on Alpinisms." Stream Disconnect from Desire here.

*Danger Mouse And Sparklehorse, Dark Night Of The Soul Danger Mouse and Mark Linkous (Sparklhorse) teamed up in 2009 to write Dark Night of the Soul, only months before Linkous' suicide. The album has an all-star list of contributors, including the Flaming Lips, Vic Chestnutt and filmmaker David Lynch. Stream the album in full via NPR. 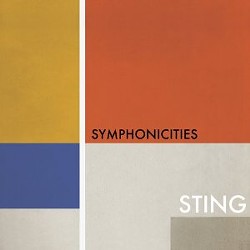 *Sting, Symphonicities Sting's latest release is an interesting take on a compilation record. It's essentially a "greatest hits" collection, but the songs have been re-recorded with Sting being accompanied by the Royal Philharmonic Concert Orchestra. He's currently touring with the orchestra in support of the release; the St. Louis review is here.