*Big Boi, Sir Lucious Left Foot: The Son of Chico Dusty Big Boi's debut solo album has been years in the making and created lots of hype. Here's how The Guardian's Alexis Petridis described the album in a recent review:

It offers a kaleidoscopic range of musical influences, some familiar -- the Hendrix-influenced guitar with which the album opens, the massed Funkadelicesque vocals and electro-influenced rhythmic thud -- others straining at the boundaries of what you might expect: The Train Part 2 sets Philly soul horns over twinkling abstract techno; Tangerine opens with the low growl of an early-90s grunge track, before improbably bursting into something that most closely resembles a P-Funk take on the mid-60s Batman theme. The lyrics, meanwhile, come in a breathless blur of druggy non-sequiturs and pop-culture references, some of it frankly baffling.

Check out Sir Lucious in its entirety here.

*Fol Chen, Part II: The New December Maintaining its mysterious style, Fol Chen has only one song from its new album streaming on its MySpace page. You can also check out the video for said song below.

*Official video for "In Ruins"

*Enrique Iglesias, Euphoria Iglesias' twelfth album is largely in Spanish, with a couple of English-language tracks featuring Pitbull and Usher. Check out the first single, "I Like It," here.

*Juvenile, Beast Mode According to Prefixmag.com, "This album is, in Juvenile's own words, a summer album made for his fans, especially his female fans being asked to 'Drop That Azz' on this record's lead single."

*Kelis, Flesh Tone Kelis is nothing if not diverse: she's made soul records and hip-hop records, and her latest dives into the world of electro-pop. Stream Flesh Tone in its entirety on Kelis' MySpace page, and check out her timely video for "4th of July (Fireworks)" below.

*Bret Michaels, Custom Built The latest solo album from Poison's lead singer features a duet with Miley Cyrus called "Nothing to Lose" (I'm not making this up). Listen to it here.

*Kylie Minogue, Aphrodite According to NPR, which is streaming Minogue's new album in its entirety, "The Australian pop superstar is like soccer: worshipped everywhere in the world except the U.S." This year World Cup soccer fever definitely reached the U.S. -- maybe it's Kylie's turn as well. Her sexy video for "All the Lovers" has been receiving a lot of attention; below is a clip (embedding of the full video has been disabled).

*Picture Me Broken, Wide Awake A few tracks from the California screamo group are available here. 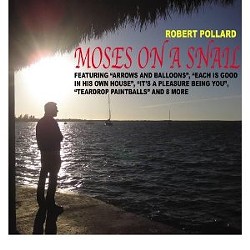 *Thieves Like Us, Again and Again Check out the multinational group's new album here.