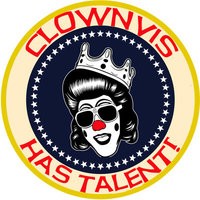 It's America's birthday on Sunday, and you know St. Louisans are going to celebrate hard. But if you're not sure what to do this weekend, just walk under the Arch on Saturday morning and stay there. You'll catch Fair St. Louis and performances by John Legend and the B-52s. Across town, there are all kinds of other shows, including the most American act of all: Clownvis. There's lots of patriotic parties going on, and now that the US is out of the World Cup, we can return our focus to our other favorite fringe sport - MMA - and its championship bout on Saturday.

A family-friendly alternative to the party under the Arch, Community Days in Memorial Park features fireworks of their own, plus carnival rides, music, BBQ, and a Saturday parade. Admission is free, but you'll have to pony up for rides and food. A schedule of events is available here, and make sure to read our preview.

Reviewer Paul Friswold says of this Japanese take on King Lear: "Ran showcases all of [director] Kurosawa's strengths -- haunting imagery, poetic displays of brutal violence, the ramifications of living life with honor -- without muting the best bits of Shakespeare's voice." Catch it at the Moore Auditorium at Webster University this week for $$ to $6. Shows start at 7:30. Interested? Read the rest of the review.

Local hip-hop fusion act the iLLPHONICS will take the stage at 2720 Cherokee Street this weekend with equally prolific acts Nato Caliph and Scripts 'N Screwz. Featuring both emcees and guitarists, and proudly describing itself as "P-Funk meets Pink Floyd," the act is likely to draw a diverse crowd. The show is at 9 p.m. and costs $7, but if you can get your hands on a poster, they'll knock off $2. Here's the word.

Everything is Terrible! and the Quest for the Magick Crystal (Friday)

The team behind website Everything is Terrible! is coming to Antarctica to share its new movie, 2 Everything 2 Terrible 2: Tokyo Drift with the world. How terrible is everything, you ask? Infomercial terrible. Made-for-TV movie terrible. David Caruso terrible. EIS! compiles the worst of the worst for a night of cathartic entertainment. Oh, and on the topic of Caruso, they're trying to set a record for most people shade-tippin', so bring your sunglasses. Tickets are $10. Here's all the details.

Bikers from all over the Midwest will converge on the 4100 block of Manchester on Saturday from noon until "well past midnight" to showcase their rides, both contemporary and classic. Harley Davidson and BMW will be on site to showcase their bikes, too, and the grooves portion of the entertainment will be supplied by the Rum Drum Ramblers and others. Visit their site for full info.

Interspecies Independence Day merriment abounds in Benton Park on Saturday with a petting zoo, pony rides and a "most patriotic dog" contest. If your pooch isn't into getting the Uncle Sam treatment, maybe he would enjoy the puppy kissing booth. For humans, there's a dunking booth and croquet and horseshoe tournaments, plus lots of free music. The partying commences at noon and runs until 9. Bring money for food and some of the events and read up on the festivities.

Bad boy Brock Lesner is back from illness to reclaim his Heavyweight title from Shane Carwin. The PPV mayhem starts at 9, and you'll need a good bar to watch the fight. May we suggest The Tilted Kilt?

Fair St. Louis (Saturday and Sunday)
Celebrating by land, sea and air, the fair features the famous riverboat races, the return of the air show, and, of course, those fireworks. (On both nights!) Also joining the party are musicians John Legend (on Saturday) and the B-52s (on Sunday). Admission is free, but bring some cash for noms. RFT has the full preview.

Writes reviewer Roy Kasten, "With his harmonica rack, dreadnought guitar and busker's work ethic, [Joe Pug's] a throwback to Phil Ochs and Woody Guthrie. Reacing even further back, he conjures role models such as Whitman and Thoreau..." It doesn't get much more Americana than that. Show's at 8 at Off Broadway, and tickets are $10. Read the rest of Kasten's preview.

Fresh off his performance on America's Got Talent, Clownvis is playing a show at the Atomic Cowboy this Sunday at 10. He's part of an bigger party that starts at 5 and features a pig roast, music from Kentucky Knife fight, and a wet t-shirt contest, ensuring that it will be the classiest Fourth in town. We hope this video of Clownvis will hold you over until Sunday, and we hope you'll check out our latest info on Clownvis.