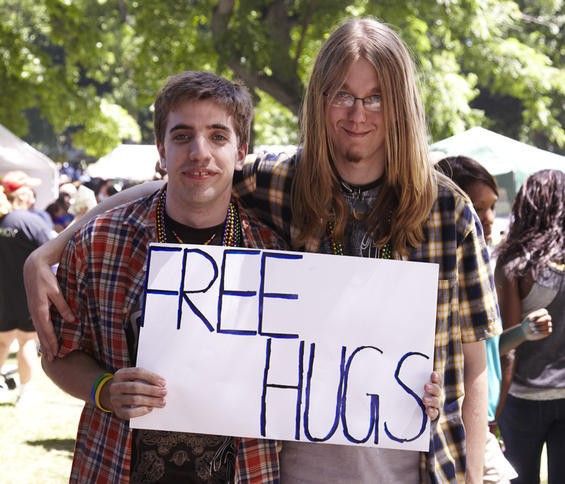 Certainly the largest parties this weekend will revolve around PrideFest near Tower Grove Park, but St. Louis has enough Zombie flicks, rock 'n' roll, and something called a "Bizarre Bazaar" to keep everyone happy (and out of the poorhouse). Here's our list of weekend entertainment options that will cost you $10 or less. If you're looking for more live music, here's the St. Louis weekend concert calendar.

John Garrett Exhibition (Friday)
"For his piece New Galaxy, the artist wove beads, washers, poker chips, bottle caps and 'other odd round objects' on strands of brass and nickel wire to create a six-foot-by-five-foot...futuristic map of the heavens," writes Paul Friswold of Garrett's eclectic sculptures, on display at the Duane Reed Gallery starting this Friday at 5 p.m. with a free reception. Read the rest of Friswold's preview of John Garrett exhibition at the Duane Reed Gallery.

Beauty and the Beast at the Muny (All Weekend)
Billed as the nation's oldest (since 1916)! and largest outdoor musical theater, the Muny kicks off the 2010 season this week with Beauty and the Beast, and early reviews are glowing. Though many ticket prices are steep, you can show up at 7 p.m. (about an hour before the shows start) and try to snag one of 1,500 free seats in the final nine rows.

Messy Jiverson at 2720 Cherokee (Friday)
Sure it's a jam band, but St. Louis' own Messy Jiverson are still funky enough to put you on the dance floor -- and keep you there. Winners of the highly controversial Best Jam Band award in 2008, awarded by this paper, you can catch the band this Friday at 2720 Cherokee. Cover is $10. Read Christian Schaeffer's preview and listen to them for yourself.

Screening of The Beyond (Friday and Saturday)
Italian master of horror Lucio Fulci's 1983 zombie classic and second installment of the Gates of Hell trilogy will be playing at the Hi-Pointe at 11:30 p.m. on Friday and Saturday. Tickets are a paltry $6, which is a steal considering you get a whole lifetime of nightmares. The event is sponsored by Destroy the Brain! Check out Destroy the Brain Online for more details.

World Cup (Saturday)
After that emotionally demanding game against Algeria, the U.S. National team will square off against group D runner-up Ghana in our first game of the single-elimination round. Their powerful play in the last round means that the US squad barely missed a match against Germany, who will go up against the English instead. Kick-off is at 1:30. Here's a St. Louis World Cup Soccer Bars directory. And don't miss Keegan Hamilton's continued month long pub-crawl and soccer-viewing.

Pride Pet Parade (Saturday)
More than just a parade, the pet parade kicks off with Yappy Hour at 10 a.m. Saturday with music and face painting. Judging commences an hour later with the obligatory awards for best in show, but some more off-beat awards like "Softest Pet." The parade starts at noon at the intersection of Morgan Ford and Utah and proceeds downtown, ending with an awards ceremony and a free barbecue lunch for participants. Admission is $10, but the parade is free to watch. PrideFest has all the info. 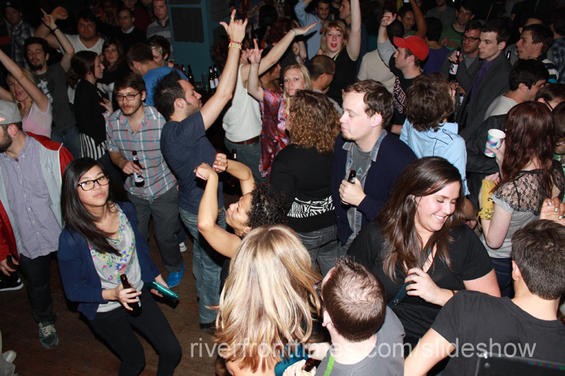 Cherokee Street Bizarre Bazaar (Sunday)
Kitsch, tchotchkes, and trinkets abound, not to mention delicious baked goods and maybe even some genuinely precious finds at the Bizarre Bazaar, run out of the store Binge and Purge. The treasure hunting and haggling kicks off at 10 a.m., and while it's free to wander, reserving a spot costs $10 and must be requested by Friday. Nicole Beckert has the scoop on Cherokee's Bizarre Bazaar.

Pride Parade (Sunday)
The annual PrideFest parade is only one part of a weekend filled with events, but it is by far the most visible. The parade begins at noon and can last for two hours, finally ending in Tower Grove Park. Check out RFT's photos from last year's event to see how colorful St. Louis can be. Here's more info on this year's parade.