Mangia Gets a Makeover with New Website, Greener Standards and Fresh Faces

It started with its newly revamped website. With a sharp, clean aesthetic, the site is simpler to navigate and much more attractive.

The revitalization didn't end there.

Recently they asked Jenn DeRose -- artist, record store employee and passionate music-lover -- to take over most of the booking and promotion for the venue. 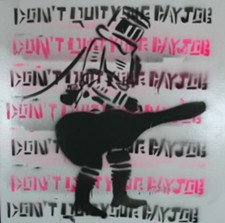 DeRose has been involved in St. Louis' arts and music scene for years. She helps with promotion for Big Muddy Records and dozens of other local and touring bands, usually by making amazing, colorful collages and original artwork flyers. Recently, she organized and participated in an album cover collective art project with a dozen or so other artists for Vintage Vinyl's Record Store Day release.

Although Mangia often draws a crowd just for being Mangia, Jenn hopes to improve the booking and the depth of promotion so that people come out specifically for the music. "I'm adding local music that maybe people at Mangia haven't typically been exposed to, [but] that they would definitely enjoy," she says. 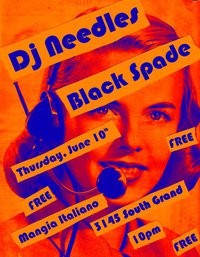 "There's a built-in crowd there it seems like, but in order to make them care the music has to be good, and that's hopefully what this is going to bring. And varied. Extremely varied. So I'm gonna do that and also promotion. There's little to no promotion so far that I've noticed in the past at Mangia, and I'm gonna wage war."

To wage war is hardly an exaggeration -- DeRose is doing more than simply organizing shows and working for a paycheck. She really, really cares. "These are free shows, and it's all music that I'm totally passionate about and care about and want other people to care about, too. There's no reason people can't come out to a free show, especially if it's promoted right. People can't come if they don't know it's happening."

The first show DeRose booked for Mangia will be DJ Needles spinning with Black Spade, described by her on the event's web page as "a rock-n-soul, hip-hop, funk explosion in your face." 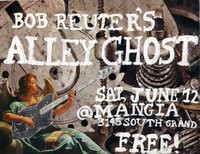 She explained enthusiastically, "it'll be the first time that anything like that has happened at Mangia, with hip-hop artists."

The little bit of apprehension DeRose has about the endeavor is overshadowed by excitement and confidence. "I'm a little nervous, but it's starting to come together. I think my job doing consignments here [at Vintage Vinyl] directly relates to it; it'll be really easy for me to be able to listen to music, decide whether it's awesome, and then book shows immediately. The jobs correlate with each other so well. They mesh. So Hopefully it'll be good. It will be good."

To contact Jenn for booking, e-mail her at jen.degen@hotmail.com. For a full listing of free shows at Mangia, click here.