Tribute and Benefit Shows Set for St. Louis Musicians at Off Broadway, Firebird, The Gramophone 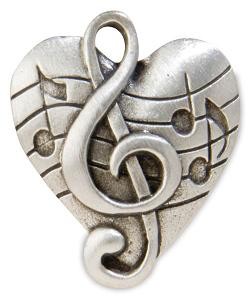 Several venues have booked tribute and benefit shows in recent days. First, the in-the-works tribute show to Frozen Food section member Helias (real name: Michael Schafermeyer), who passed away in May, is confirmed on Saturday, July 3, at the Gramophone. Scheduled performers include the Frozen Food Section (in particular, Jonathan Toth from Hoth, Tucker Booth, Intellect Emcee and Space), Earthworms, Royal Illete, DJs Mahf and Splitface, and special guests. Live art is being handled by Calc2. Mahf notes that "all artists will be performing songs they have worked on with Helias, and I will be doing a special DJ set of his unreleased work." A $10 suggested donation will go toward the Michael Schafermeyer Foundation for the Arts, a foundation started by his wife and family.

On June 24, Off Broadway is hosting a benefit show for ex-Jon Hardy & the Public drummer Tony Perolio, to help cover medical costs he's incurred. The Hibernauts and Jon Hardy & the Public are on the bill so far, with the potential for more acts to be added. The show's at 9 p.m., and there's a $10 donation at the door or in advance. ($13 if you're under 21.)

Finally, on Sunday, July 11, the Firebird is hosting a benefit for Jason "Homey" Smith. (Homey was part of now-defunct rock bar the Trade.) Gold Tooth, Tilts, the Disappeared and Robb Steele are all scheduled to perform. According to the "Fix Homey" website, Smith was in a motorcycle accident and is unable to work for three to six months. This show starts at 7:30 p.m. and also costs $10. Donations can also be made at that website.