*Against Me!, White Crosses Pick up Against Me!'s latest release to prepare for its upcoming free performance at Live on the Levee.

*Christina Aguilera, Bionic On her newest album, Xtina is trying to create a different sound, with help from the likes of Goldfrapp, the Neptunes, Le Tigre and Ladytron. She played a medley of "Bionic," "Not Myself Tonight" and "Woohoo," the first three tracks from the album, on the MTV Movie Awards last Sunday.

*Ariel Pink's Haunted Graffiti, Before Today Stream the full album at the end of this review (which was penned by ex-RFT staffer Randy Roberts).

*Blitzen Trapper, Destroyer of the Void Blitzen Trapper will be playing with the Moondoggies at Off Broadway on June 21. Stream the entire album here.

*Delta Spirit, History From Below Delta Spirit will be stopping by St. Louis in June. Check out the video of the band performing a new song (unnamed) in the video below. 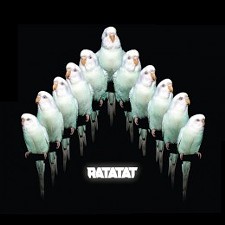 *Nada Surf, If I Had a Hi-Fi Nada Surf's latest effort is a covers album, complete with a palindromic title. You can stream the band's take on Depeche Mode's "Enjoy the Silence" as well as read a review of the album here.

*Ratatat, LP4 Stream the entire album and check out the review here. View the video for "Party with Children" from LP4 below. 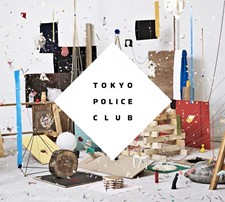 *Tokyo Police Club, Champ Stream the full album here. The band will be opening for Passion Pit on June 23 at the Pageant.

*Deer Tick, The Black Dirt Sessions Stream the full album at the end of this review. The band's coming to Off Broadway on August 5 with Dead Confederate.