Laura Veirs and the Hall of Flames, Watson Twins, Lou Barlow and Wye Oak All Coming to Off Broadway 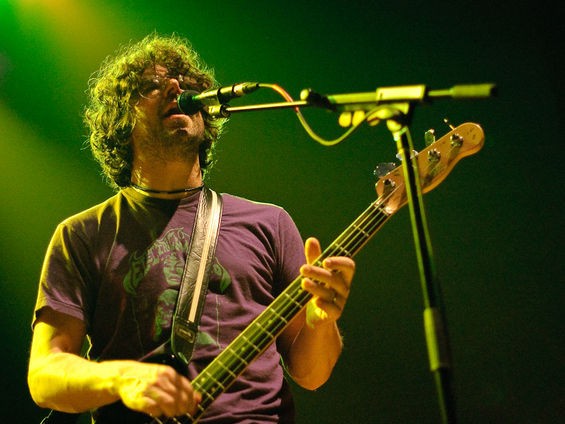 (Lou Barlow at the Pageant in October, by Jason Stoff. More photos here.)
Among the many show announcements today, Off Broadway slipped a few notable ones into the mix. First, on Sunday, August 22, Lou Barlow (who was great opening for and playing with Dinosaur Jr last year, as well as a funny interviewee) and Wye Oak will be playing together. The show's at 8 p.m.; tickets are $10 in advance if you're 21-plus, $13 in advance if you're under. Then, on Thursday, September 23, Laura Veirs and the Hall of Flames will be returning to the venue for the second time this year, with the Watson Twins in tow. That show's also at 8 p.m., with ticket prices in advance the same as the Barlow show.